The SDF arrests ISIS fighters, Turkey's CHP threatens to repatriate refugees, and the UN Human Rights Council calls for accountability against massive displacement. Catch up on everything that happened over the weekend. 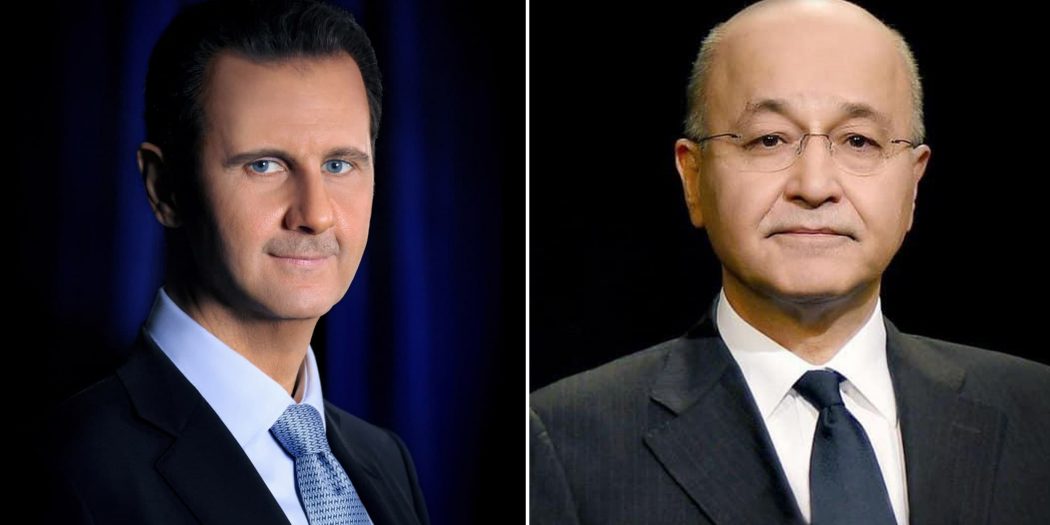 Kemal Kılıçdaroğlu, the leader of the Republican People’s Party, said in a video published on his Twitter account that in addition to returning Syrian refugees, he would reopen respective embassies in both countries and restore relations with Bashar al-Assad’s regime “within two years” of coming into office, al-Araby al-Jadeed reported.  “There are big complaints from citizens who do not have jobs or income, and that is due to the presence of Syrians, and during the coming period we may face bigger problems that have no solution and we must solve the problem,” he claimed in the video clip that has been viewed over half a million times.

The Syrian Democratic Forces (SDF), with the support of the Global Coalition, arrested two members of the Islamic State (ISIS), one of whom is a prominent leader, during a security operation Thursday. A third member was killed in the same operation in the countryside of Deir-ez-Zor, eastern Syria. North Press reported that one of the detainees is Hadi al-Qazbir, nicknamed  Abu Sumaya al-Iraqi, and he was the governor of the area that the ISIS called Wilayat al-Khair, which extends from Baghouz, east of Deir-ez-Zor, to Shaddadi in the southwestern countryside of Hassakeh. SDF was able to arrest al-Qazbir with another member who was hiding with him in a house near the Abu Saad Mosque in the town of al-Zer.

President Bashar al-Assad received a telephone call from President Barham Salih of Iraq on Thursday, during which they talked about bilateral relations between the two brotherly countries, the fight against terrorism, coordination and cooperation between Syria and Iraq to eliminate this threat to both states. According to SANA, the two sides underlined the necessity of cooperation to consolidate the positive outcomes which were achieved in the fight against terrorist groups along the Syrian-Iraqi border regions.

On Thursday, Turkey uncovered a mass grave containing dozens of bodies in a Turkish-held region of northern Syria, accusing a U.S.-backed Kurdish fighter group of the killings, according to AFP.  Turkey and its Syrian proxies have seized control of territory inside Syria since 2016 in military operations against ISIL (ISIS) and the YPG Kurdish group. The governor of Turkey’s Hatay province on the border with Syria told reporters a mass grave was found with 61 bodies in the Afrin area. “This is a crime against humanity,” Rahmi Dogan said, blaming the YPG, which is backed by Washington. “I think the number of bodies recovered will rise,” he added after the Turkish defense ministry initially put the number at 35 on Wednesday.

Russia tested over 320 types of weapons in its operations in Syria, the country’s Defense Minister Sergei Shoigu announced during his visit to the Rostvertol helicopter manufacturing factory in Rostov-on-Don, Russia, on Wednesday. The helicopters manufactured at that very factory were also part of their operations in Syria. According to Turkey’s Sabah Daily, Russian rights groups have called on Moscow to take responsibility for human rights abuses and war crimes in Syria. Its findings contrast Moscow’s official narrative and President Vladimir Putin’s praise of the Russian military for intervening in 2015 to root out “terrorists” and support the Bashar Assad regime.

The UN Human Rights Council condemns the continued use of enforced disappearances in the Syrian conflict, according to Al-Araby al-Jadeed. The Council has called for those behind “massive scale” enforced disappearances in Syria during the past 10 years of conflict to be held accountable. The resolution, presented on Tuesday by several European countries, the United States, Turkey, and Qatar, decried that Syria’s crisis had entered a second decade “marked by consistent patterns of gross violations”. The text “strongly condemns the continued use of involuntary or enforced disappearances in the Syrian Arab Republic, and related human rights violations and abuses, which have been carried out with consistency, in particular by the Syrian regime”.