The HTS is reportedly conducting a policy of oppression against journalists, whom it often detains, in Idleb, according to North Press. 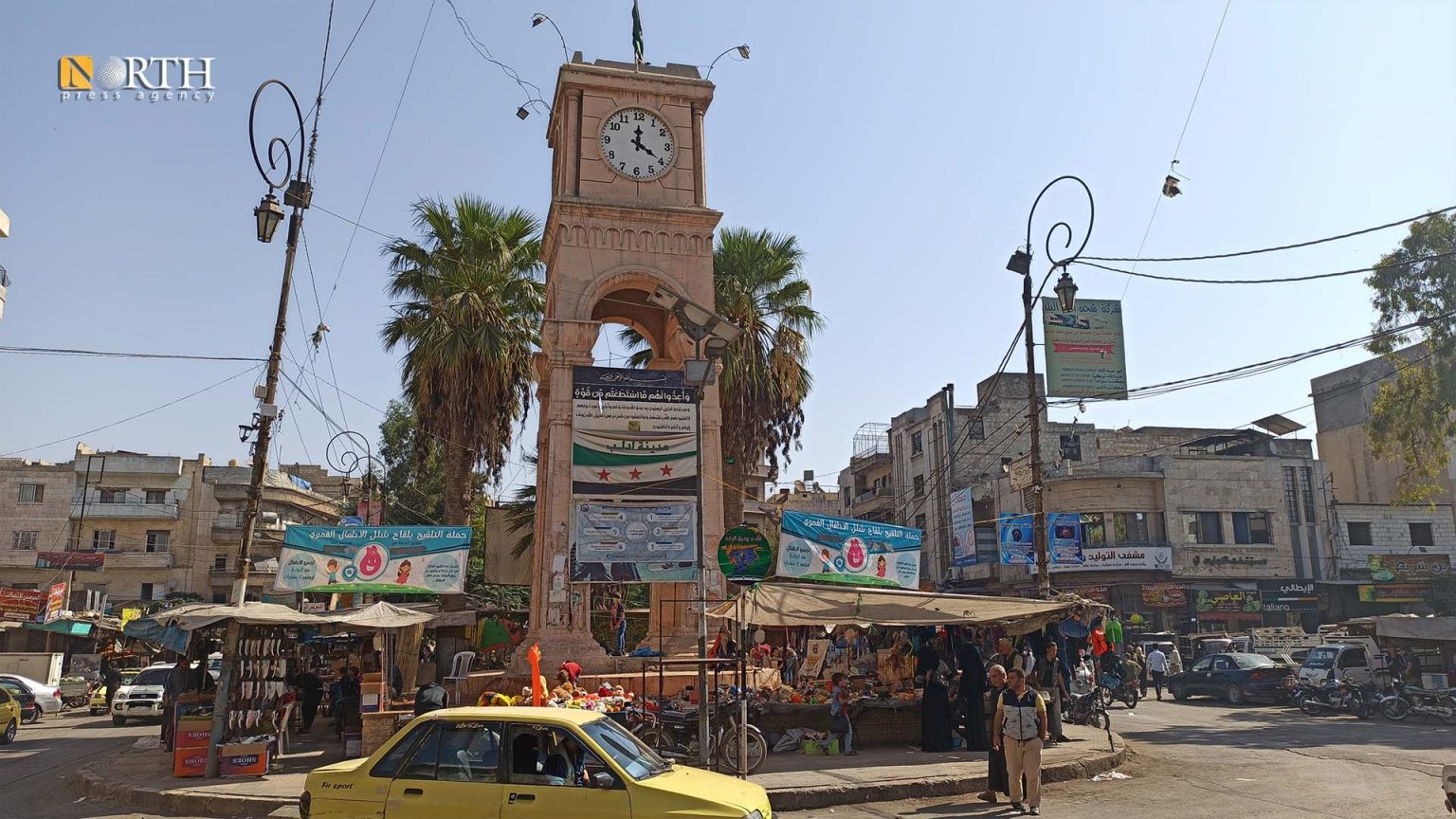 Adham Dashrani, a media activist in the city of Idleb, northwest Syria, did not know that his criticism of high fuel prices on social media would lead to his arrest and imprisonment by Hay’at Tahrir al-Sham (HTS).

The young man was summoned by the Information Directorate of the Salvation Government (the civil wing of HTS), and within two days of his arrest was subjected to psychological and physical abuse, according to those close to him.

Last week, Dasharni published a post on his Facebook, in which he held the Salvation Government responsible for the high fuel prices, as it has only provided the residents within its areas of influence with taxes and royalties.

A day after his post, he was summoned to the Salvation Government Media Directorate immediately, where he was threatened.

Upon his arrival, the activist was arrested on charges of incitement against the Salvation Government, to be imprisoned for 48 hours as a warning.

Recently HTS was forced to release media activist Nour al-Shilo after more than four months of detention, on charges described by Shilo as fabricated, after local and international media pressure.

HTS, through the Salvation Government, pursues policies of intimidation against journalists working in its areas of control by restricting and controlling their work, according to journalists. HTS recently issued a decision banning journalists from practicing their work except by virtue of a press card that can be obtained from its Information Directorate, and which is given after a security study.

Journalists wishing to obtain this card are subject to many conditions and questions related to the privacy of their work, most notably the disclosure of the journalist’s real name, pseudonym, media organization to which they belong, address, and other personal information. If the information cannot be verified by a specialized committee, the journalist cannot work in Idleb, according to local journalists.

Lindsey Snell, an American journalist covering Syria and the Middle East, previously told North Press that HTS “routinely arrests journalists in their areas. They’re held in terrible conditions in HTS prisons…some of them for more than a year. And HTS instituted a crazy accreditation process to keep tighter control over what journalists do in their territory. I’ve seen some of the press cards the “salvation government” has issued, and they’re valid for 6 months or less.”

HTS also reportedly harasses female journalists, forbidding them from being present in environments with male journalists and hurling various accusations at them.

Safa’a Rastan (a pseudonym), a media activist in Idleb, was nearly arrested in late 2020 by a women’s patrol affiliated with the hizba (Islamic morality police) while she was covering a civil event attended by male journalists.

Safa’a says that she argued with members of the women’s patrol, as one of them handcuffed her and tried to arrest her. Other media activists finally intervened to prevent her arrest, and the entire event was cancelled to secure her release.