Hay'at Tahrir al-Sham denied detaining any journalists, claiming that it is in fact facilitating the job of media professionals, according to Baladi News. 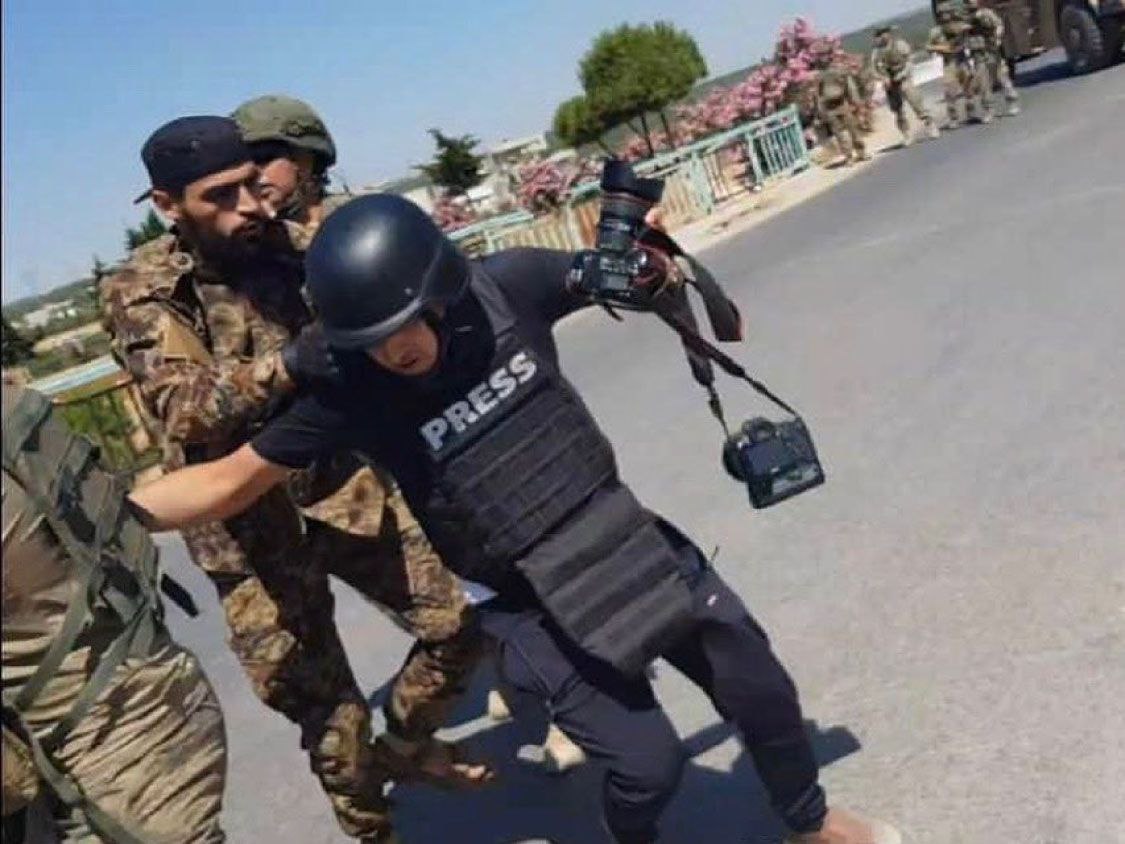 Kurdish-speaking social media pages reported that two journalists, one Lebanese and one Mauritanian, had been arrested by Hay’at Tahrir al-Sham (HTS), after previously being handed over to them by ISIS.

“Over the past years, Idleb has witnessed an increase of foreign press coverage from several countries, to immediately cover the events of the Syrian revolution and the reality of the region- both civil and militarily. The world saw the war crimes committed by the Assad regime and its Russian ally, varying from killing innocent people, to destroying infrastructure and deliberately targeting schools and medical facilities,” said Taqi al-Din Omar of the HTS’ Public Relations Office.

“It is estimated that more than 500 press delegations from various international institutions and channels have visited the liberated areas over the past year,” Omar told Baladi News.

In this regard, he stated that the concerned authorities have worked to provide an appropriate journalistic working environment in a war-stricken country. They continue to provide all facilities and services to media organizations and to support them with protection. They believe in the necessity and importance of press coverage, particularly for the Syrian revolution.”

He stressed that the detention of the two journalists in an Idleb prison is false and fabricated news.

“The Syrian revolution is a fight for an oppressed nation’s destiny against occupying forces. It is our duty and that of the honest journalists to convey the truth and facilitate its transmission so that the world knows the reality of this unfair war,” he said.

Abu Mohammed al-Joulani granted an interview to American journalist Martin Smith on April 2nd, which was partially broadcast by Frontline. During the interview, Joulani responded to a question from Smith about reports that journalists and activists had been arrested and sometimes tortured. Joulani explained that all people arrested by Tahrir al-Sham were agents of the Syrian regime or Russian agents who came to install explosive devices or ISIS members.