An arrest campaign targeting mainly Syrian Kurds is currently occurring in Damascus and its outskirts, according to Orient News. 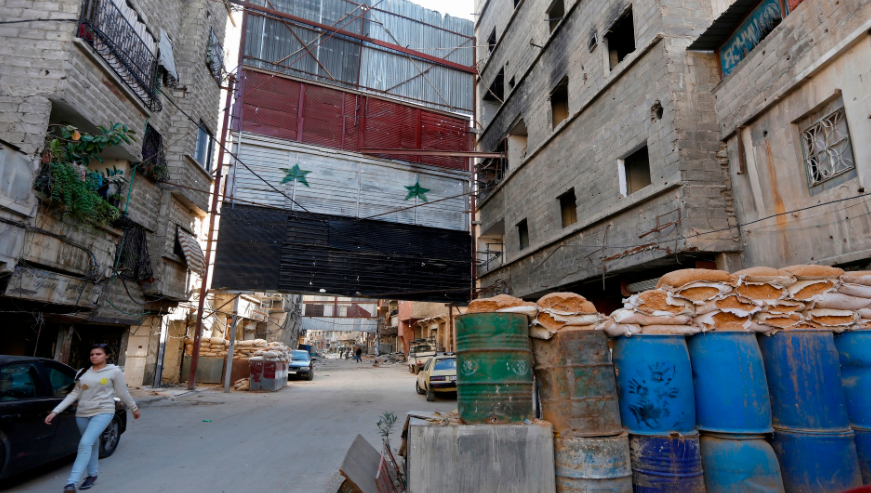 The Syrian capital, Damascus, has witnessed multiple arrest campaigns carried out by al-Assad’s militias in recent days and targeting Kurds. The arrests concern dozens of people, including women and children, in a repressive policy that the Assad regime continues to impose in areas under its control. Already, regime-controlled areas are struggling with economic and security crises, despite international demands that the regime ends such violations and release detainees from its prisons.

According to multiple sources, including the Afrin Activists Network, on Monday, a patrol of Assad intelligence services (political security and state security), arbitrarily arrested two Kurdish individuals in the central Damascus neighborhood of Rukneddine. The arrested men, Abdou Suleiman and Ahmed Bouzou, come from the Afrin region in the northern Aleppo countryside. To date, the two men’s fate remains unknown, as well as the reasons for their arrest and the nature of the charges brought against them.

In the towns of al-Hama and Qudsia, which are near Damascus, Assad’s intelligence services have launched a campaign of arrests over the past two days. The campaign has involved raids on homes in the two neighboring towns, resulting in the arrest of at least 10 people. Those arrested included women and children, according to the local news outlet Sowt al-Asima.

The arrests were carried via night raids and “military security” patrols by militias. These incidents targeted al-Wadi, al-Khaburi, and the outskirts of the town of Jamraya. Similar arrests occurred in the neighborhoods of the nearby city of Qudsaya.

According to Sowt al-Asima, the arrest campaigns began last weekend, when the Military Intelligence Directorate (Palestine) set out to search for dozens of wanted civilians. These campaigns came on top of ongoing arrests for violating conscription, which has affected hundreds of young people in and around Damascus in recent times.

Earlier, local sources told Orient News that security patrols have intensified conscription campaigns by pursuing and arresting young people in and around Damascus in recent months. These developments come at a time when militia losses are increasing on many fronts and regions, causing militias to compensate for those losses with conscription campaigns. These efforts have targeted even university students and children.

At the beginning of last week, Assad’s militia arrested more than 20 young people in the Douma areas of Eastern Ghouta and Yabroud in Western Qalamoun. The arrests were aimed at conscription, in light of the lack of young people in regime-controlled areas. The youth have fled the country in response to Syria’s 10-year-old, dark war.