The Syrian government is taking advantage of Turkish threats in Northeast Syria to extend its influence there, according to North Press. 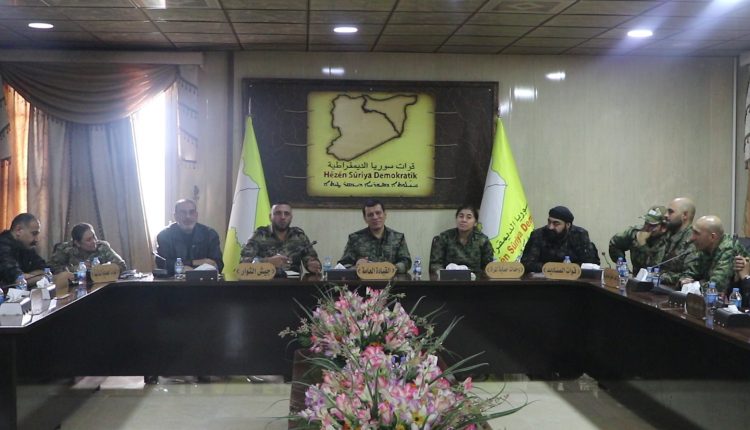 “The Syrian government is not ready for any political settlement in Syria, and it exploits the deteriorating economic conditions of the people,” the SDF statement added.

“The insistence of the ruling authority in Damascus to solve the Syrian crisis through its own logic and striking compromises is void from any surreal or national criteria,” the SDF noted.

“Our people have to realize this fact very well and defy the autocratic policy,” the statement stressed.

The meeting announced that the SDF will closely work with all parties including the U.S.-led Global Coalition and Russia to find a real solution to the Syrian crisis that will meet the demands of the Syrian people with all its political and social entities.

The statement pointed out that the military operations against ISIS should be accompanied by real developing and economic projects in northeast Syria, notably in the areas directly affected by the war on ISIS.

On Monday the military council of the SDF held its periodic meeting in which it discussed the SDF military, political, and field conditions as well as its future plans for the next phase.

The meeting also rounded on the continuous Turkish threats to northeast Syria and “provocations along the Syrian border especially on the occupied areas.”

The statement focused on the necessity to take Turkish threats against Northeastern Syria seriously and that all forces have to mobilize and get ready for fighting to confront any aggression.