The Syrian Opposition Coalition political committee held its periodic meeting, in which it discussed the escalation around Idleb and the meeting with U.S. officials, the SOC Media Department writes. 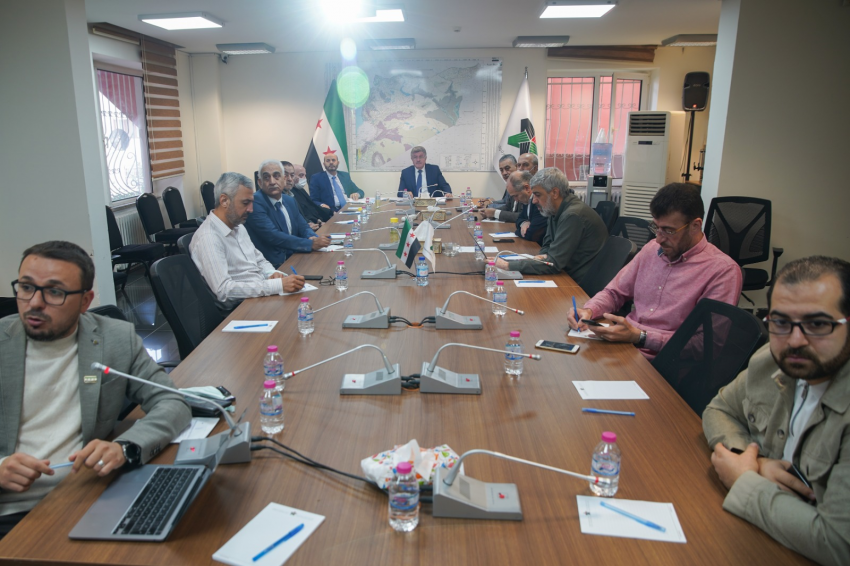 The Syrian Opposition Coalition’s (SOC) political committee held its periodic meeting with the participation of President Salem al-Meslet and many members of the General Assembly. They discussed the latest developments on the ground and in the political process in Syria.

The opposition political committee discussed the escalating attacks by the Russian and Assad regime forces in the Syrian provinces of Idleb, Hama, and Aleppo, as well as the recent attacks targeting the Euphrates Shield area.

Participants reviewed a report on the latest developments in the health conditions in the liberated areas, especially with regard to the Covid-19 surge and the efforts of the Ministry of Health of the Syrian Interim Government to stem the pandemic. They stressed the need to expedite the efforts to secure vaccines and medical supplies in order to confront the virus.

Tabled for discussion were also the results of the visit by a joint delegation of the opposition coalition and the Syrian Negotiations Commission to the United States on the sidelines of the 76th session of the UN General Assembly. The committee discussed the results of the meetings that the delegation held with foreign missions to the UN, U.S. officials, and members of the U.S. Congress.

Meslet stressed the importance of the visit in re-drawing attention to Syria and treating it as a top priority by the major actors, especially the United States. He also stressed its importance in correcting the characterization of the conflict as a popular uprising against a dictatorial rule, and which cannot be reduced to a humanitarian crisis. He added that the joint delegation reaffirmed commitment to the implementation of UN resolution 2254 with its four baskets, most importantly the establishment of a transitional governing body with full powers. It also stressed that the political process cannot be reduced to the basket of the constitutional committee.

Moreover, participants discussed the recent decision by Interpol to reopen its office in Syria, describing as a very dangerous move. Member of the political committee Abdelbaset Abdullatif warned against the Assad regime’s possible exploitation of this decision in order to fabricate criminal charges against dissidents. He stressed that the criminal Bashar al-Assad and the pillars of his regime are the ones who must be prosecuted by Interpol.