For the third time, Russia has targeted factions close to Turkey in Northwestern Syria, ahead of a summit between Erdogan and Putin, according to al-Souria Net. 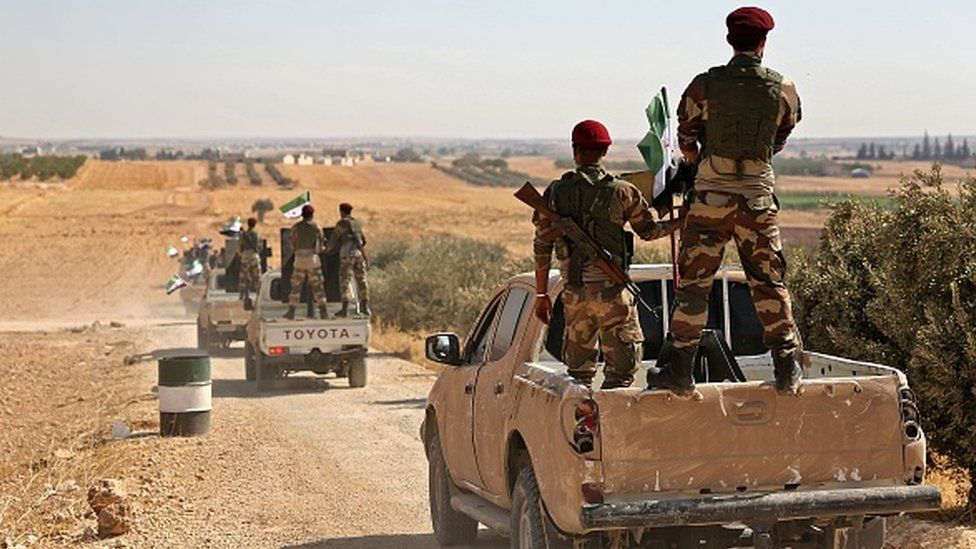 Members of the Syrian Liberation Front were killed in Russian airstrikes on the village of Brad, in southern Afrin. This development took place days before the Russian and Turkish presidents’ summit in Sochi.

“Six soldiers were killed immediately as a result of the shelling. Searches are still working to find other members under the rubble,” Mustafa Sejari, the leader of the Syrian Liberation Front, told al-Souria Net, on Sunday.

For his part, the leader of the front, Saif Abu Bakr, promised, through his Twitter account, the Assad regime and Russia “to avenge our martyrs and injured and follow their path until all the occupiers are defeated and leave our land so they rid our people of their crimes.”

“The shelling is a clear Russian message used to put pressure on Turkey ahead of the summit bringing together Turkish President Recep Tayyip Erdogan and Russian President Vladimir Putin, in Moscow,” Sejari said. He considers that the Syria issue will be one of the summit’s main axes.

Read Also: Russian Escalation in Idleb is “Blackmail” Ahead of Putin-Erdogan Meeting

“There are no borders or red lines for Russia’s criminality, so long as it implements its vision and objectives in Syria,” Sejari said.

It is not the first time that Russia has targeted factions close to Turkey. Last year, it has targeted the Sham Legion in the Jabal al-Duwailah area, near the Turkish border. More than 40 members were killed during the attack.

On Saturday, Russian warplanes also bombed camps belonging to the Levant Front faction in the vicinity of the villages of Jalbal and Basila, on the outskirts of Afrin.

Turkey still hasn’t issued any statement regarding the Russian escalation in northern Syria.

The Russian raids coincided with Russian Foreign Minister Sergei Lavrov’s threat of escalations in the Idleb governorate and the stopping of cross-border aid, at a press conference yesterday from New York, following his participation in the 76th session of the UN General Assembly.

Since the beginning of June, regime forces and Russia have increased their bombardment of opposition areas in northwestern Syria.