The Russian escalation in Idleb is a way for Moscow to weaken Turkey's position ahead of talks scheduled later this month, according to Baladi News. 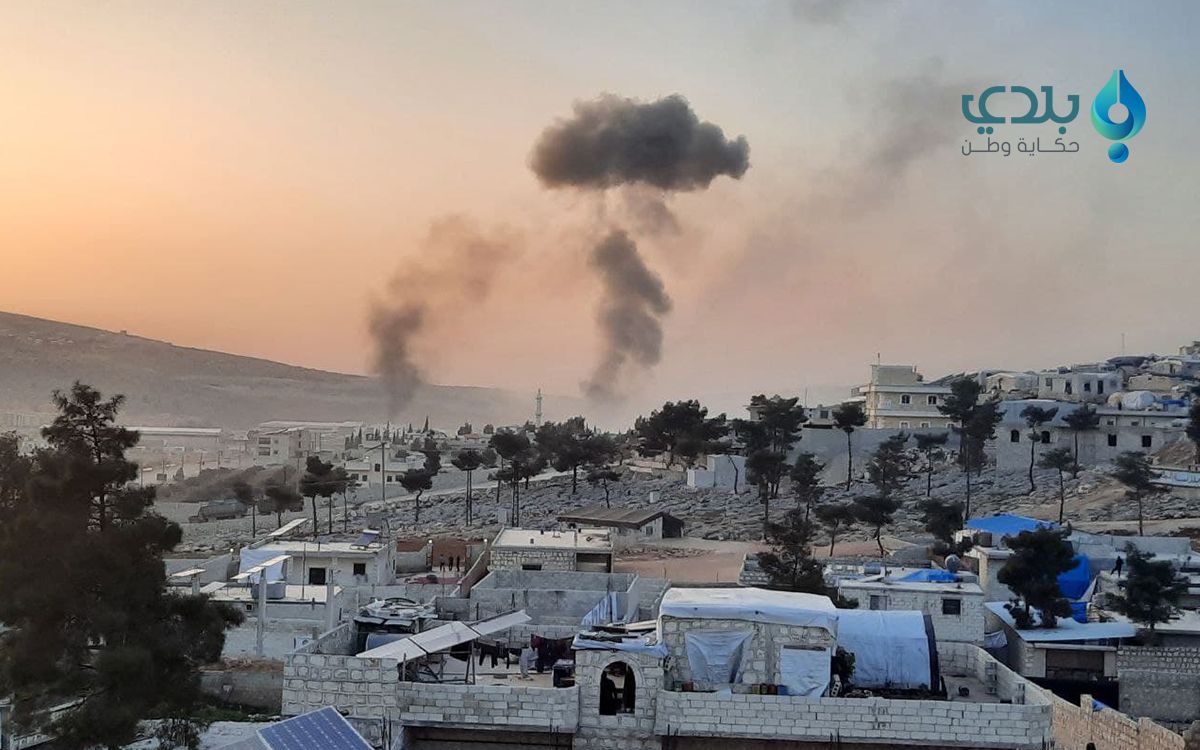 The Russian military escalation marks a serious turning point between Moscow and Ankara, being backed by al-Assad’s forces and Iranian militias in the Idleb governorate and surrounding liberated areas controlled by armed Syrian opposition groups. The escalation comes ahead of a meeting between Russian President Vladimir Putin and Turkish President Recep Tayyip Erdogan in Sochi later this month, in which they will discuss the situation in the de-escalation zone.

The unprecedented escalation that has been taking place during the period since the March 5th, 2020 agreement creates an atmosphere that threatens to lead to large-scale military action. This development poses risks that Moscow may not be willing to bear; and the consequences of any such adventure will provoke widespread warfare, of which Russia is aware.

Although the March agreement in Moscow stipulates that the two countries should be guarantors of the preservation of the de-escalation zone, ceasefire, and any military operations, Russia has flouted these agreements. Moscow has not desisted from a military escalation in the Idleb governorate, in a clear move to scotch the Idlib agreement.

On the other hand, the Turkish army has brought in military reinforcements. A military source told Baladi News that several Turkish military squadrons had entered the Idleb governorate, which included many tanks, military vehicles, and trucks loaded with cement blocks and logistical equipment for Turkey’s strongholds.

The military escalation clearly reflects the political blackmail that the Russians excel at, in accordance with their strategy of securing absolute hegemony over Syria, regardless of their pretext of fighting “terrorism.”

Finally, the Russian escalation raises various questions about the future of Idleb. At this time,  Ankara makes redoubled efforts to contain military escalations in accordance with the understandings of the Moscow Agreement, under which Ankara is responsible for policing Idleb. Accordingly, Turkey has announced its refusal to launch a large-scale military campaign against Idleb, stressing that the Moscow agreement provides for Russia to protect civilians. Russia has repeatedly announced that Assad regime forces have prevented it from attacking an area of about four million civilians, which will cause major crises for those communities. The aim should be to spare the region from a very devastating war and to provide a humanitarian and political solution. Moreover, the repercussions of large-scale conflict will negatively affect Russia under tense international circumstances, and its desire to find quick solutions in hot spots, notably Syria.