Russian warplanes continue to bombard HTS and Turkish-backed factions in Northern Syria, according to North Press. 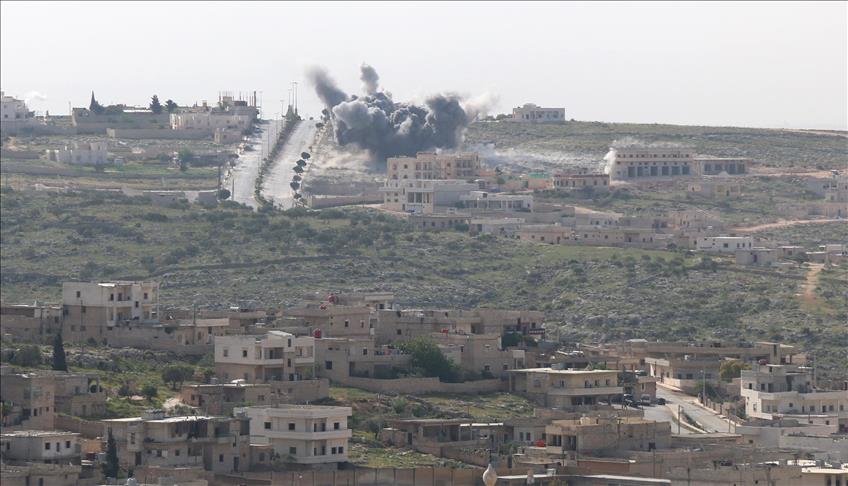 On Tuesday, Russian warplanes targeted the outskirts of Darat Izza, north of Aleppo, with three airstrikes.

The Russian bombardments mainly targeted the al-Sheikh Suleiman region on the outskirts of the city, where the headquarters of Hayat Tahrir al-Sham (HTS, formerly al-Nusra Front) likely are.

The shelling followed a meeting held between Syrian President Bashar Assad and his Russian counterpart Vladimir Putin in Moscow, during which they discussed different issues, including the “completion of liberating lands that are still under the control of terrorist factions.”

The airstrike targeted lands in the area between Darat Izza and al-Sheikh Suleiman region, reporting only material losses, the sources indicated.

Meanwhile, Damascus government forces continued their artillery and missile shelling of the towns of al-Fatira and Sufuhun in addition to the vicinity of Kansafra town in Zawiya Mountain, south of Idleb, according to the same sources.