On Wednesday, the only medical point in the area of Jabal al-Zawiya, in the countryside of Idleb, went out of service after bombing by government forces, according to 7al Net. 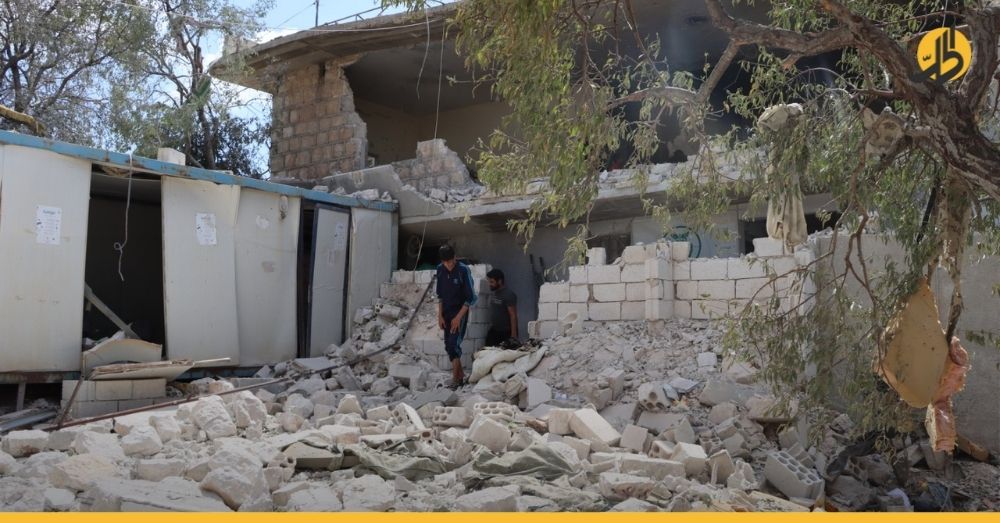 On Wednesday, the only medical point in the area of Jabal al-Zawiya, in the countryside of Idleb, went out of service. This comes after government forces bombed the village of Marian, in northwestern Syria.

Local activists told 7al Net: “The Syrian army targeted the medical point in the village of Marian, close to Idleb, with Krasnopol missile. This led to the death of a woman and the serious injury of a child, where the medical point became complete out of service.”

In addition, the Syria Response Coordination Team announced that thousands of civilians will have to travel long distances to access health services.

These developments accompany high risks of transporting war casualties out of the region, which is witnessing daily escalations by the regime forces and Russia.

In similar news, Russian warplanes bombed the vicinity of the town of Ma’arat Misrin in three airstrikes. No information was disclosed regarding casualties, according to local sources for 7al Net.

On the night of Tuesday-Wednesday, the government forces, from their positions in the city of Saraqib, targeted the city of Idleb with four artillery shells, killing two children, a woman, and a man, and wounding four others, according to a source from the Syrian Civil Defense.

Field indicators state that the Russian goal of implementing truces and agreements throughout the Syrian regions was not intended to establish stability and cease-fire, as much as Moscow sought to prevail its interests and impose its broad influence on it, even if it cost more Syrian bloodshed.

Earlier, opposition factions in Idleb accused the Syrian army of failing to comply with the truce agreements. This failure provides for a halt to military operations signed under the supervision of Turkey and Russia.

On June 8, Russia, Turkey, and Iran, as well as representatives of the Syrian government and Ankara-backed opposition factions, held a meeting as part of the 16th round of the Astana talks, aiming to support military stability in northwestern Syria.