Turkey and Russia have reached an agreement to prevent provocations that could lead to tensions and violence in the province of Idleb, according to al-Modon. 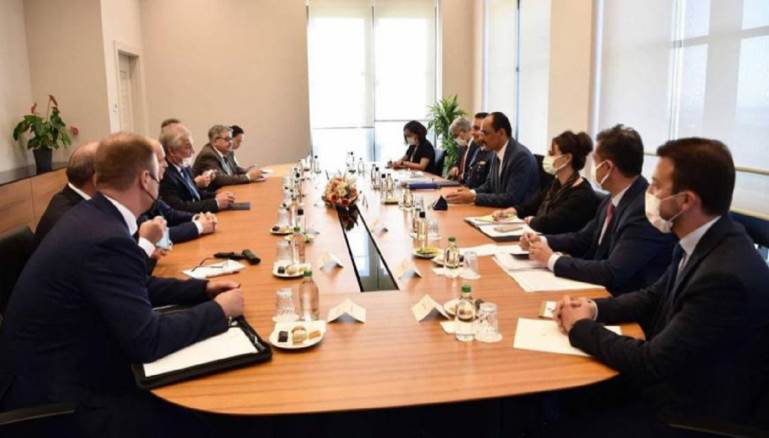 Turkey and Russia have reached an agreement to prevent provocations that would damage the stability resulting from the Idleb ceasefire agreement.

During the meeting, Turkey and Russia noted the importance of maintaining the ceasefire agreement in Syria’s Idleb governorate by avoiding provocations, according to a statement issued by the Kalin office.

During the meeting, it was stressed that the political process should be activated more effectively and that the work of the Constitutional Committee should be accelerated to bring peace and stability to Syria. It was also stressed that all terrorist organizations, including ISIS and the Kurdish People’s Protection Units (YPG), should be firmly combated to guarantee the territorial integrity of Syria.

The two sides also stressed “the importance of taking joint steps to alleviate the humanitarian crisis.” They also expressed satisfaction with the UN Security Council Resolution 2585, which guarantees continued humanitarian aid to Syria.

On July 9th, the UN Security Council unanimously adopted a resolution allowing the extension of the mechanism for the delivery of cross-border humanitarian aid to Syria for one year, through the Bab al-Hawa crossing. The council members unanimously voted (15 countries) on the joint draft resolution reached by Russia, the United States, Norway, and Ireland.

The Idleb governorate is witnessing a military escalation by regime forces and the Russian army despite a ceasefire agreement signed on March 5, 2020, between Russian President Vladimir Putin and Turkish President Recep Tayyip Erdogan.