Regime forces and Turkish-backed factions exchanged shelling on Wednesday in the region around Idleb and Hama, after a period of relative calm, according to North Press. 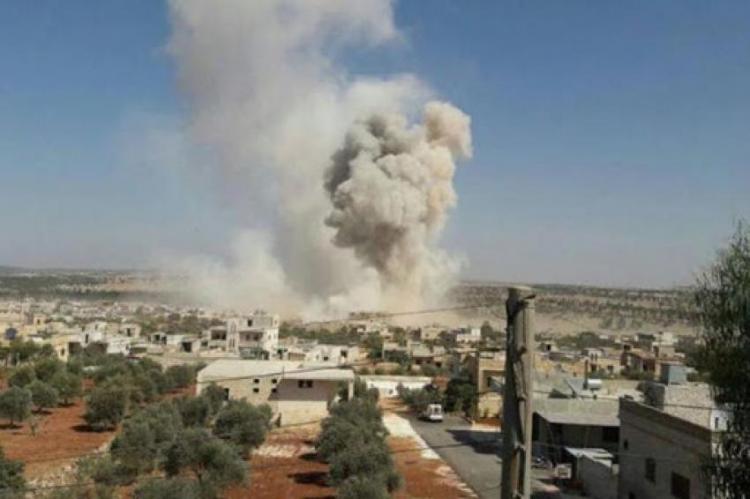 On Wednesday, regime forces and Turkish-backed armed factions continued their military escalation in the countryside of Idleb and Hama, northwest Syria.

This morning, regime forces bombed the fortifications of Turkish-backed factions in the towns of al-Fatira, Kansafra, Kafr Aweed, and Sufuhun, located in the Zawiya Mountain area in the southern Idleb countryside, with heavy artillery and rocket launchers, military sources from the factions told North Press.

Meanwhile, government forces stationed in Jurin Camp targeted the factions’ fortifications in the towns of Tel Wasit and Enkawi, located in the Ghab Plain area in the western Hama countryside, with heavy artillery, the source added.

Fateh al-Mubin Operations Room, which includes Hay’at Tahrir al-Sham (HTS) and other armed groups, announced that they targeted posts and military gatherings of regime forces in the Za’atar Factory area and Urum al-Kubra, in the western countryside of Aleppo, with mortars and Grad rockets.

Since the beginning of this week, the villages and towns of the western countryside of Aleppo have witnessed intense bombardment by government forces, after a relative calm in the area during the past few months.