A six-point agreement was reached in Daraa al-Balad in order to lift the siege imposed on the area for more than a month, according to al-Souria Net. 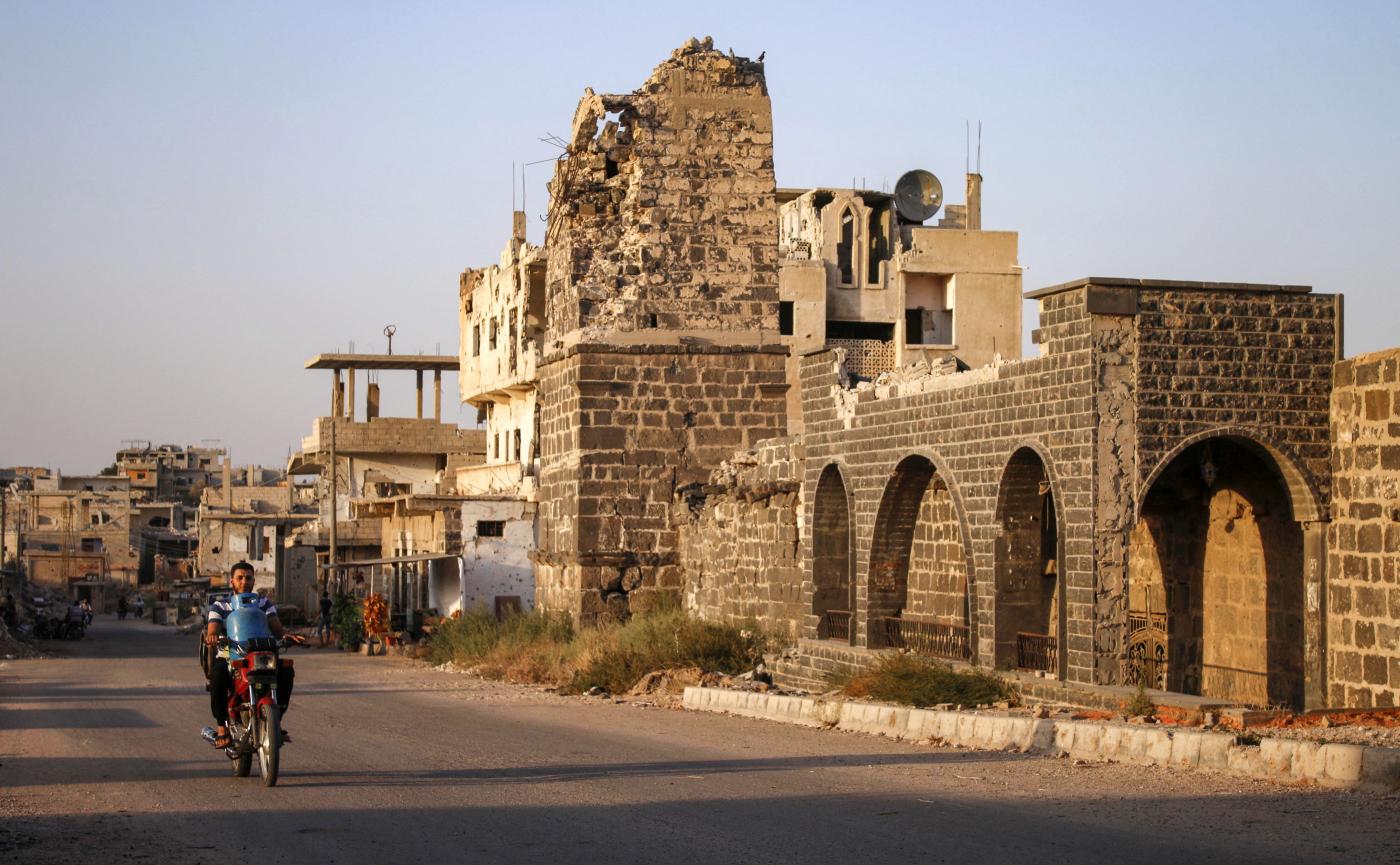 The Assad regime has reached an agreement with the Central Committee representing the neighborhoods of Daraa al-Balad in southern Syria, to lift the siege on the area. The agreement includes six provisions that will guide the coming period.

This agreement comes after a comprehensive siege imposed by Assad and Russia on Daraa al-Balad since early June. The first provisions, which al-Souria Net has received a copy of, stipulated on Saturday that a limited number of personal weapons must be handed over by the families of the areas.

Under the second provision, the agreement settled the individual cases of several persons, who had not previously reached a settlement.

According to the third provision, the fulfillment of the above conditions will lead to the total lifting of the siege of Daraa al-Balad, along with the staged withdrawal of troops stationed in the area.

The agreement also provides for removing roadblocks and opening roads between Daraa al-Balad and Daraa [city], which had been closed as Assad’s forces installed three military positions inside the neighborhoods. The positions will be located near the post office, in the al-Shayah area, and the old customs zone.

In addition, Daraa al-Balad Central Committee members have stated that a sixth provision requires the withdrawal of “uncontrolled” weapons from the hands of Assad’s forces. So far, the Assad regime has not explicitly accepted this sixth provision.

Media activist Abdullah al-Salameh told Al-Souria Net that the agreed provisions will be implemented in the coming two days.

11,000 families live in Daraa al-Balad, which is divided into several neighborhoods: the Golan Displaced Persons Camp neighborhood, the Palestinian refugee camp, the Tariq al-Sadd neighborhood, and the agricultural areas of al-Shayah, al-Nakhleh, Rahya, and al-Khawani.

Since late 2018, when a “settlement agreement” was signed in the Daraa governorate, Assad’s forces and Russia have not been able to impose their security and military authority on the neighborhoods. Other restive areas have been scattered in the eastern countryside, such as Sanmin, or the western countryside —  as shown by recent events in the Muzayrib area and the town of Tafas.

The neighborhoods include dozens of defectors from Assad’s forces, as well as former fighters with opposition factions.

Over the past three years, the neighborhoods have witnessed demonstrations against the Assad regime on many occasions. The most notable demonstrations took place on the day of Syria’s “presidential elections,” as Assad’s victory at the polls was a foregone conclusion.