Russia has entered the blockaded town of Daraa al-Balad to inspect it, hoping to appear as a mediator rather than an oppressor, according to SY-24. 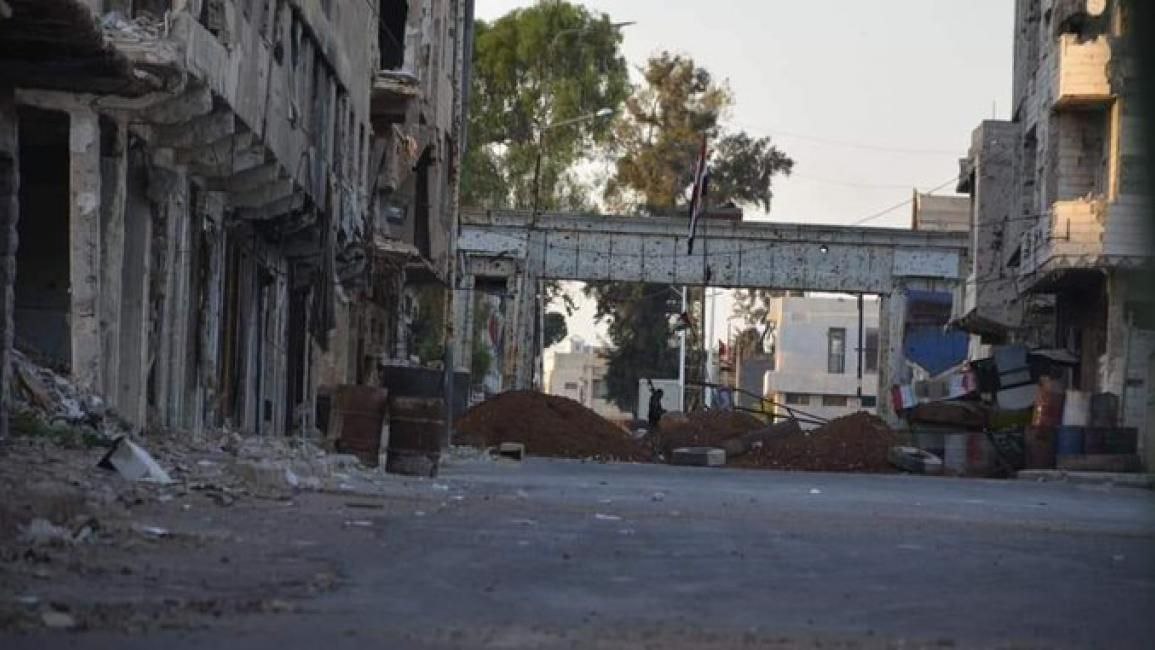 A Russian military police patrol entered the Daraa al-Balad area a few days ago, intending to learn about the situation of residents besieged by regime forces and their supporting militias since June 24th.

SY24 has contacted some public affairs figures and activists in Daraa and its surrounding areas, to find out the reasons for the visit. The Russian entry occurred amidst the ongoing siege imposed on the Daraa al-Balad community after it refused to hand over arms to the commander of Russian forces in southern Syria.

“The Russian patrol, which entered Daraa al-Balad last Monday, has been roaming all neighborhoods in Daraa for months; but the patrol has abstained from entering Daraa al-Balad since the siege began,” our sources explained.

“Regime forces began besieging Daraa al-Balad to pressure the Central Committee to approve the surrender of weapons in the area. This means that Russian forces ordered the blockade, which demanded that the people of the region surrender their weapons,” a source said.

“The consequences of the siege on Daraa al-Balad will prompt international human rights organizations to issue statements that hold Russia fully responsible, so Russia has taken one step back,” our sources added.

“Through this patrol, Russia wants to posture again as a guarantor, not as a strike force that supports the regime against Syrian civilians. Russia also wants to refute charges leveled against it for being behind the siege, especially after a Russian officer was identified as being directly responsible for the escalation that led to the siege, while also preventing the community from reaching Daraa,” they said.

Last Monday, WFP suspended its food aid activities for civilians trapped in Daraa al-Balad. The suspension of aid followed the regime’s decision to permanently ban UN vehicles from entering the region. The regime claimed that it wanted to protect the lives of international aid workers because the area is unsafe.

On Wednesday (July 14th), unidentified assailants targeted the most prominent leaders of the regime’s military security branch in the southern Syrian city of Daraa.

“An explosive device exploded near the house of Mustafa al-Salama, known as al-Kassam, in the Manshiyeh neighborhood of Daraa city,” our correspondent said.

“The explosion injured Kassam, who was taken to the al-Rahma hospital amid tight security measures, under which dozens of military security personnel were deployed to escort him,” the correspondent said.

Kassam has participated in the siege imposed by regime forces and Russia on residents of the Daraa al-Balad area since June 24th, through his military checkpoint in the Sijna neighborhood, which is the only corridor of access for those trapped inside Daraa al-Balad.

In related news, the neighborhoods of Daraa —which are besieged by Syrian regime forces and Russian and Iranian-backed militias in southern Syria — are living in deteriorating health conditions.

The Ahrar Horan group, quoting confidential sources, said that medical supplies are set to enter the neighborhoods of Daraa al-Balad, Daraa camp, and al-Sadd Road. Amidst rising prices, the supplies will arrive as soon as they are available.

The group indicated that medical facilities in the besieged neighborhoods provide simple first aid, except for one medical center in Daraa al-Balad. In this context, these neighborhoods are now fully dependent, since the regime and its allies took over one health center that had a shortage of necessary medical equipment and qualified staff.

In terms of healthcare, women were amongst the most severely affected groups during the three-week siege. This applied especially to those suffering from some medical conditions related to pregnancy, reproduction, and lactation, as well as other special needs.

According to the Ahrar Horan group, estimates indicate that more than 400 infants are in Daraa al-Balad, ranging in age from a few days to one and a half years, according to statistics available from the relevant local committees.