A dozen militiamen loyal to Iran, as well as their leader, reportedly got infected with the coronavirus, according to SY-24. 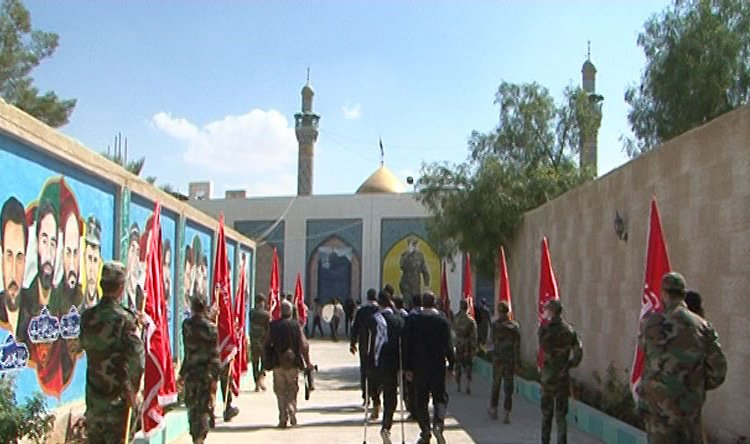 Our Damascus correspondent reported that several Iranian militiamen, including a prominent leader, have been infected with Coronavirus.

Quoting sources, our correspondent explained that about 13 members of the Iranian Revolutionary Guard’s Abu al-Fadl al-Abbas Forces militia have been confirmed as having contracted the Coronavirus in the Sayyidah Zeinab area, south of Damascus.

The correspondent added that the infections were detected after the fighters had returned from fronts in rural Idleb to switch posts. Those infected had displayed symptoms of the virus during the past two days.

He pointed out that the Iranian militias’ medical authorities in the area had transported those infected — all of Iranian and Lebanese nationality — on Saturday morning. The victims were taken to a quarantine room inside the al-Jamil Plaza hotel, which was previously used for military and militia servicemen infected with the virus.

Our correspondent indicated that the infected group includes a prominent militia leader, who was transferred to a private room away from the other fighters. A doctor and a nurse were assigned to take care of him.

The militia imposed an obvious tightening of security measures near the hospital after the infected group arrived, our correspondent said.

At the end of 2020, our correspondent also reported that 15 members of the Iranian Revolutionary Guard’s Abu Fadl al-Abbas Forces militia had been infected in the Sayyidah Zeinab area.

On October 12th, 2020, more than 100 Coronavirus infections were recorded in Sayyidah Zainab, following a lamentation ceremony held by Iranian-backed sectarian militias on the anniversary of Hussein’s death. Over 2,500 people, including hundreds of children, participated in the event.

The Sayyidah Zainab area is one of the most prominent locations where the pandemic is widespread. This is due to frequent religious celebrations, in which no preventive measures are applied to reduce the virus’ spread.

Sources indicate that Iranian militia fighters are among the main reasons for the virus’ transmission to Syria. This occurred due to the Syrian regime’s failure to impose any restrictions on their movement into Syria before any locally transmitted infections were recorded.

On Saturday, the Syrian regime’s Ministry of Health announced that 25,827 cases of Coronavirus infections had been reported in regime-controlled areas, with an overall total of 1,904 deaths and 21,911 recoveries.