Iranian-backed groups are taking advantage of underpaid children to complete construction works, according to North Press. 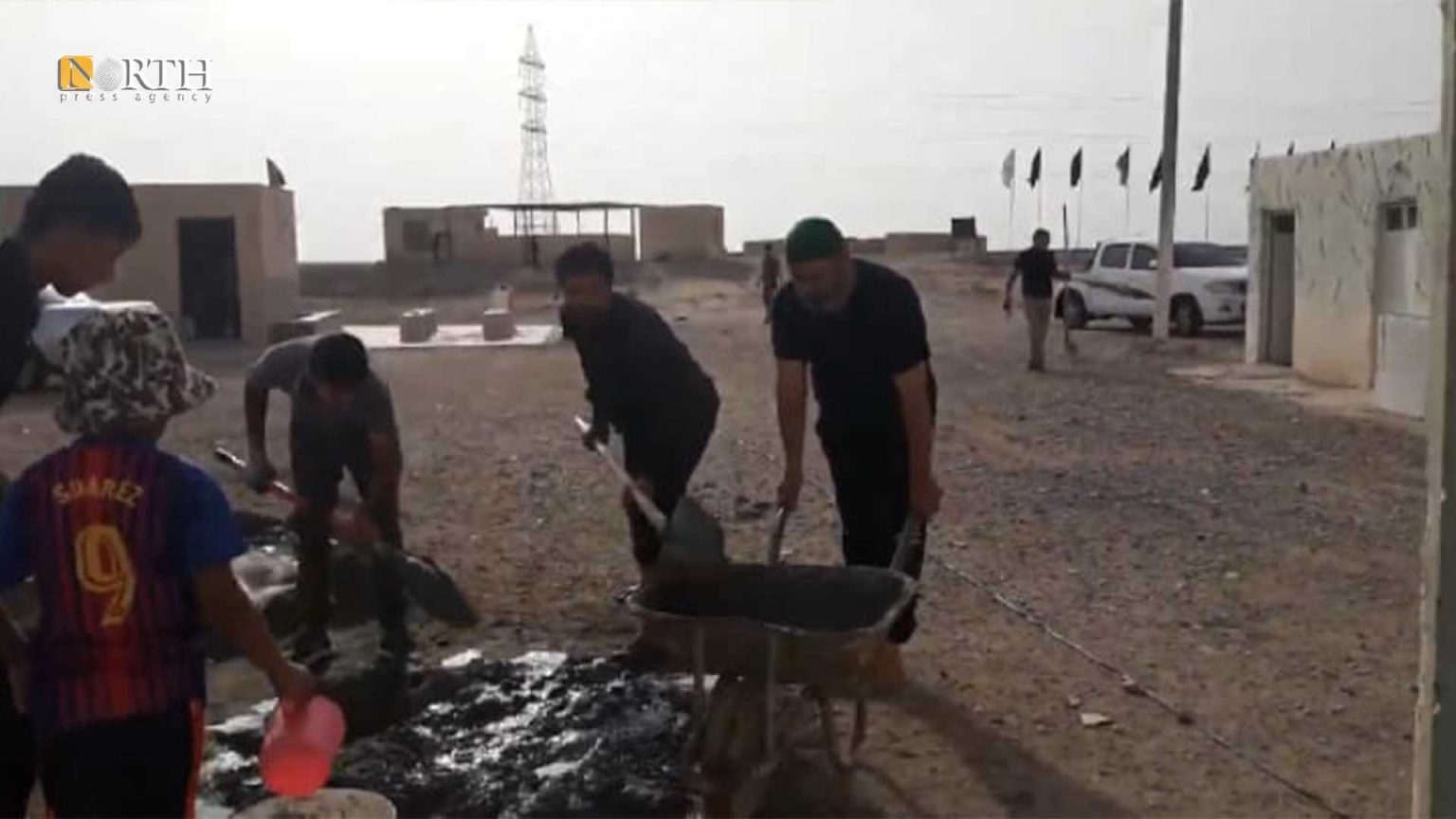 Every morning, Muhammad al-Dakal, a minor from the Syrian government-held city of Madan in the southeast of Raqqa’s countryside, heads to a construction workshop to secure a living for his mother and two younger siblings.

Following ten hours of work, he returns home wearing muddy clothes and gives his daily wage of 2,500 Syrian pounds (SYP) to his mother.

Iran-backed groups, including Liwa Fatemiyoun and Harakat Hezbollah al-Nujaba, resort to child labor in construction workshops. They pay children low wages in comparison to those of older laborers and specialists, according to some workshop owners and residents.

In light of deteriorating living conditions, people accuse these groups of exploiting minors for the construction of their headquarters, posts, and offices.

In late 2017, government forces and Iranian-backed groups took control over the city of Madan in addition to other towns and villages in the southern countryside of Raqqa after expelling the Islamic State (ISIS).

Al-Akirashi area, 18 kilometers from Raqqa to the east, separates Syrian government-held areas south of Raqqa from those of the Syrian Democratic Forces.

Previously, child labor in the western countryside of Deir-ez-Zor and the eastern countryside of Raqqa was limited to stalls and shops; however, as a result of the deteriorating living conditions, minors are working in arduous professions beyond their physical capacity.

Maram al-Ahmed, Dakal’s mother, said that her son, who is the only breadwinner for her and his siblings, has been working with others in a construction workshop to recondition a headquarter for Liwa Fatemiyoun since mid-May.

Members of Liwa Fatemiyoun are trying to convince her son to work in other construction and restoration workshops in different Syrian cities in exchange for a monthly pay of 85,000 SYP, the mother pointed out. However, she refused, fearing her son may never return home.

The western countryside of Deir-ez-Zor is a stronghold of Iranian-backed groups; a military headquarters, a Liwa Zainebiyoun recruitment office, and the financial office of Harakat Hezbollah al-Nujaba can be found in the town of al-Tebni.

Recruiting within their ranks

In each construction workshop, either two or four minors are working as assistants for other workers, Hamza al-Younis, a supervisor in a workshop in al-Tebni said.

According to al-Younis, working hours differ from one workshop to another; some work for eight hours while others work longer hours to accomplish the work quickly.

Iranian-backed groups are trying to “attract children who are working to secure their families’ needs by providing them with monthly food aid to recruit them within their military ranks,” Mahmud Abduljalil, a worker from the city of Madan, said.

Harakat al-Nujaba is seeking to recruit children within their ranks by offering them aid and taking care of them during work by offering meals and breaks during lunchtime at work, al-Aziz elaborated.