Armenak Tokmajyan, expert on borders and conflict, Syrian refugees, and local intermediaries in Syria, explains to the Syrian Observer how the position of Jordan on the conflict in Syria evolved. 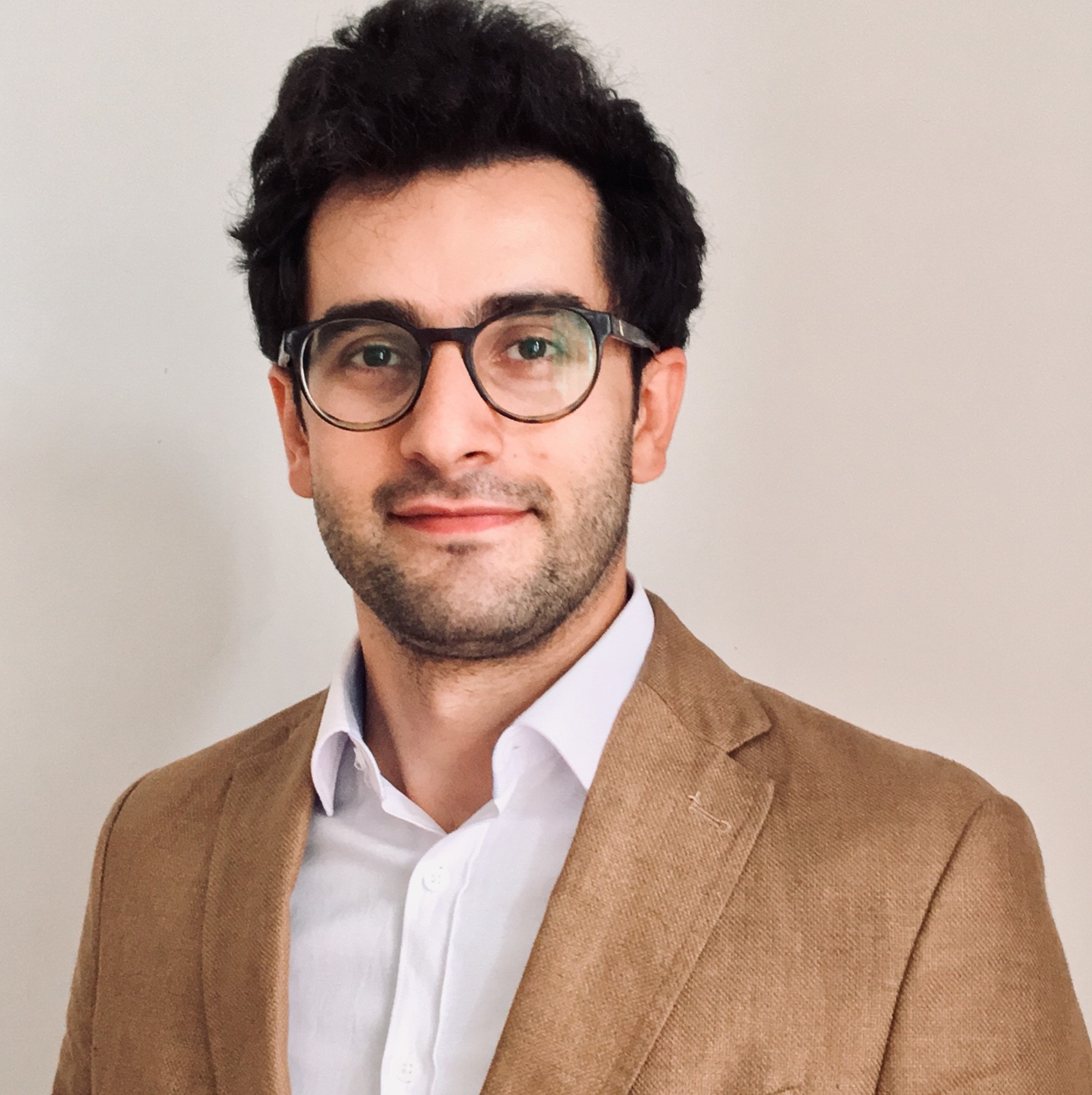 As Jordan multiplies moves towards the regime in Syria, particularly in trade and transit, the Syrian Observer has talked to Armenak Tokmajyan, a researcher at the Carnegie Middle East Center in Beirut, who focuses on borders and conflict, Syrian refugees, and local intermediaries in Syria, about the position of Jordan during the Syrian conflict and relations between the two countries,

The Jordanian monarch recently visited Washington and called for dialogue with Assad. Was this always the position of Jordan towards Syria?

Armenak Tokmajyan: Jordan was among the Arab countries that led a relatively cautious position towards Syria. During the war, it opened its territories for several countries, including its most important ally, the U.S., to launch a military support program to support the Syrian rebels in the south of the country. For years, rebels received weapons and money from supporters based in Jordan, rebel commanders had offices in Jordan and could enter its territory, all of which means that Jordan took an active part in supporting anti-Assad opposition. In fact, without Jordan, and the support that came from there, rebels could not have survived that long (until 2018 when the regime recaptured the area). Having said that, Jordan tried to keep the door open to resuming ties with Assad. Perhaps because, as the Jordanian Monarch said in his interview with CNN, his country always knew that Assad has “longevity” in power. Throughout the conflict, Jordan kept its embassy open in Syria, and the same was true with regards to Syria’s embassy in Amman. In summer 2018, Jordan did not oppose Russia’s and the regime’s return to Daraa. In fact, soon after the regime recaptured that area (August 2018), Amman was keen to reopen the borders, which it did partially in October 2018.

If Jordan was not always in favor of dialogue with Assad, what changed?

There are several factors, which made Jordan officially support “coordinated dialogue” with Assad. First, in the past year, several Arab countries accepted the status quo in Syria and even opened some channels with the regime. Second, under the Trump Administration Jordan was under very strong pressure to not engage with Syria, not only politically but also economically. That pressure seems to have decreased under Joe Biden’s administration. The fact that the king of Jordan made the “coordinated dialogue” statement from the U.S. is indicative of a change in U.S. position when it comes to Jordan’s efforts to improve relations with Syria, especially economically. There are also domestic considerations. Jordan has come under tremendous economic pressure in the past ten years. Therefore it is important for Jordan—as its officials have stated countless times—to improve economic relations with Syria.

Jordan and Syria have recently held various meetings to discuss economic issues. How was the relationship between the two countries before the war and how is it now?

Before the war, Jordanian-Syrian relations—especially economic relations—were good. They improved significantly after King Abdullah and President Assad inherited power in Amman and Damascus, respectively. Also when Iraq fell into the chaos of war in 2003, Syria gained bigger economic importance for Jordan’s economy. In 2010, Jordan’s imports from Syria stood at $375 million, its exports at $256 million. This was up from $44 and $27 million respectively in 2000. Besides bilateral trade, Syria was an important transit route for Jordanian goods, while Jordan was a crucial transit route to the gulf for Syrian goods, or goods coming via Syria. Before the war, there was also vibrant cross-border, petty semi-formal trade, which was very vital for Jordan’s border area’s economy.

At the moment the economies are not that interdependent simply because of the destruction in Syria and the fact that borders were closed for the most part in the past ten years since the Syrian uprising started. Trade exchange declined dramatically. In 2017, when the land borders were closed, Jordan’s imports from Syria declined to about $67 million and exports to $65 million. In 2019, when the land border was open, the indicators improved for Jordan, which means—as many Jordanian officials argue—that open land borders could bring benefits to the country. Jordanian exports in that year surpassed $95 million, while imports stood at $43 million.

These statistics, in large, don’t take into account the semi-formal trade that takes place on the Syrian-Jordanian border, which by no means is negligible when we think about border regions. Before the war, and in the period when the borders with Syria were open (late 2018 until early 2021), vegetables, fruits, sweets, clothing, cigarettes, and many other goods were imported from Syria. In a recent study on the Bahhara (sailors) who do this semi-formal trade, I found out that this type of trade generated job opportunities in border areas where employment opportunities were scarce and, more importantly, kept prices of basic goods low for hundreds of thousands of people (including Syrian refugees), because most Syrian products were cheaper. For example, after 2018, when the border opened, the influx of cheap Syrian olive oil brought down the price of a 16 kilogram tin of oil in the market from around 110 dinars ($150) to around 70 dinars ($100)—a big difference for a poor Jordanian or Syrian family.

What about the Caesar Act?

According to many Jordanian officials, the Caesar Act, which basically discourages any interaction with Syria, harms Jordanian interests. Therefore I am not surprised that there were reports that the King of Jordan discussed the issue with president Joe Biden during his recent visit to Washington, even though he may have asked for a waiver. In 2020, I traveled to Jordan several times to have meetings with businessmen, officials and diplomats, and ordinary people. It was no secret that the U.S. pressured Jordan to not develop economic and political relations because back then Washington was adamant to isolate Syria both politically and economically within the context of its “maximum pressure” policy. King Abdullah’s visit to the U.S. seems to have had an immediate effect since a few days after the visit, the Jordanian and Syrian sides agreed to “fully open” the Nassib/Jaber crossing, a move towards a bigger trade exchange.

Is this also a move that paves the way for other countries like Egypt or Lebanon to normalize with the regime?

I wouldn’t say so. The countries you mentioned have their own channels to Assad, and they are not that shy about it. I think the importance of Jordan’s position is that it officially joins the list of Arab countries that support dialogue with Assad. But it is important to note that “coordinated dialogue” should not be translated into normalization. Normalization means high-level diplomatic relations, economic and political bilateral relations, it means leaders visiting Damascus shaking hands with Assad or Assad visiting Arab capitals and meeting their leaders. We are not there, at least not yet.

Yes, but wouldn’t you say that the world gave up on the change of regime in favor of a change in its behavior?

The short answer is yes. Some countries are vocal about it: recently China’s foreign minister visited Damascus and one of the messages that he conveyed was that Beijing rejects regime change. In the Arab world, the United Arab Emirates pioneers that position and advocates for stronger relations with the current regime. There are many other Arab states and some small European countries, which are not that vocal about it but they have come to accept the reality in Damascus, meaning that the regime and Bashar al-Assad are there to stay.

Remark by the Observer: Jordan recently closed its borders with Syria as the security situation in Daraa deteriorates. Jordan was part of an agreement with Russia, the U.S. and Israel to allow for the return of the regime and Russian-backed groups into the border region, but keep Iranian proxies out.