The Jordanian King has called for the return of Syria to the Arab embrace, during a visit to Washington, according to Athr Press. 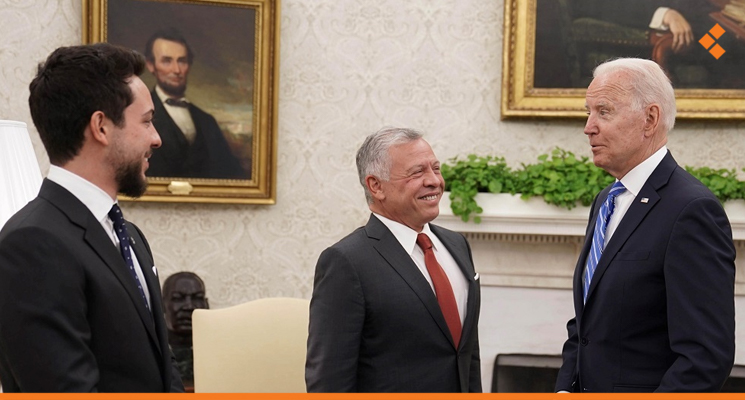 The Jordanian King Abdullah II, during his official visit to Washington D.C, stressed that providing aid to Syria benefits all countries in the region, and especially Jordan. King Abdullah’s visit coincided with the visit to Syria of Chinese Foreign Minister Wang Yi and the announcement of important economic projects there (especially under Syria’s accession to the Belt and Road Initiative). King Abdullah’s visit also came amidst the revelation that the Jordanian economy is the second most affected one (after Syria) by the United States’ Caesar Act (which sanctions the regime).

“Jordan seeks to provide solutions to the Syrian crisis in cooperation with our Arab brothers and the international community, to return Syria to the Arab embrace,” King Abdullah told a media delegation during his visit to Washington.

During his remarks in Washington, the Jordanian King addressed several issues other than Syria, particularly the Palestinian issue. He revealed that a common understanding exists with the Biden administration on the need to pursue the two-state solution and restart negotiations between the two sides. King Abdullah highlighted the need to maintain the historical and legal situation that exists in Jerusalem, especially about the Temple Mount.

On the situation in Iraq, King Abdullah emphasized the importance of supporting Baghdad’s efforts to maintain the country’s security and stability. His talks with Biden also touched on the Lebanese issue and the deterioration of the situation there over the past few weeks. These discussions occurred on Monday, during the summit held between the American and Jordanian delegations at the White House, according to the Russian news agency Sputnik.

King Abdullah is the first Arab leader to meet with President Biden since Biden assumed office. Observers have suggested that U.S. officials see King Abdullah as a moderate leader, who can play a role as a mediator.

It is noteworthy that political sources confirmed earlier that, during his meeting with Biden, King Abdullah would ask Biden to relieve his country from the Caesar Act sanctions imposed on Syria. This request stems from the sanctions regime’s impact on the economy of Jordan; in the past few days, Jordanian delegations have made multiple visits to Syria to discuss avenues for cooperation between the two countries, in light of the economic damage suffered.