Alexander Zorin is a Russian officer who has skillfully conducted Russia's policy in Syria, by building connections with several stakeholders, according to Ibrahim Hamidi for Asharq al-Awsat. 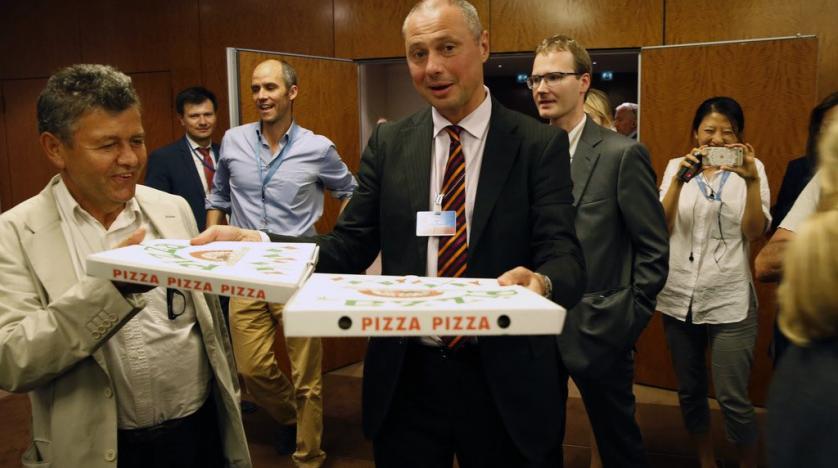 Alexander Zorin is a Russian officer known as the man to turn to for difficult tasks. He is Russian President Vladimir Putin’s envoy to Syria. While deployed at the Hemeimeem air base in recent years, he managed to forge relations with various warring parties. The Russian and Syrian air forces may have used their air power to impose settlements in various parts of Syria, but Zorin also presented a “humanitarian” façade, taking part in funerals and offering assistance and reconciliation.

When dealing with the opposition, he often adopts their rhetoric, surprising politicians and civil society figures. This approach even led him to approve the suggestions over the formation of a joint council between the Syrian army, factions, Kurds, and defectors. Politically, he was among the “architects” of the national dialogue conference in 2018 and arranged the travel of opposition figures on board a military jet from Geneva to Sochi.

Behind closed doors, Zorin often complains of the regime’s stances and stubbornness. Openly, he animatedly explains the Russian position, while also presenting a more congenial image of Moscow. In 2016, Zorin famously offered journalists in Geneva pizza as they awaited the announcement of a ceasefire agreement in Syria.

Years ago, Damascus informed Moscow that it was no longer capable of “protecting” Zorin as he moves about in Syria, warning that his “life was in danger” from terrorists and gunmen. The Russian Defense Ministry consequently returned Zorin to the command center in Moscow where he was promoted to oversee the Syrian file on behalf of Defense Minister Sergey Shoigu.

Just days ago, Zorin landed in Syria with a new mission. He arranged a brief visit to the headquarters of the Eighth Brigade of the Fifth Corps, commanded by Ahmed al-Audeh, in Busra al-Sham, Daraa’s countryside. Audeh is credited with facilitating the implementation of the 2018 agreement in southern Syria. The agreement, between the United States, Russia, Jordan, and Israel, called for the return of government forces to the South, deployment of Russian patrols, and Washington’s abandoning of factions that were demanded to lay down their heavy weapons. In return, Iranian militias would be withdrawn from the border with Jordan and the Golan Heights.

Audeh had dispatched a military convoy to Damascus to transport his “friend” to Busra al-Sham. Zorin informed his host that Damascus was not listening to Russia’s advice over the need to reach a settlement and abandon the military solution to enter Daraa al-Balad, the main opposition stronghold in the city. He informed Audeh that Russia will not dispatch its jets to support any army operation in the area that also includes 50,000 civilians.

Zorin’s position is in line with his superior, Shoigu, who believes that the solution to the conflict in Syria lies in consolidating the zones of influence with military arrangements. This view is in contrast to that of Russian Foreign Minister Sergei Lavrov, who still believes in the possibility that the country can be united through the implementation of United Nations Security Council resolution 2254, according to Russia’s interpretation.

The Russian military view currently believes that Syrian forces are unable to control all parts of the country, citing a lack of human resources, the economic crises, and the intervention of foreign armies. Therefore, the “temporary solution” lies in the zones of influence: Reaching an agreement with Turkey over the northwest, an agreement with the US over the northeast, one with former fighters in the Free Syrian Army over the southwest, and one with the government forces, Russia and Iran over the central-western regions.

The talk here is over four zones of influence, not three as had been the case. Damascus, however, has different calculations. The Syrian leadership is content with the turnout in the recent presidential elections that were held in regions it controls. It has taken in the statements of Jordanian officials and their decision to open the border with Syria soon after the return of King Abdullah II from a visit to Washington. It has also perceived signs of Arab openness to normalize relations with Damascus. The leadership is now, therefore, seeking victory after the elections. This is unlikely to happen as the situation in the northwest remains thorny due to the understanding between Ankara and Moscow.

So, the leadership set its sights on the “cradle of the revolution” – Daraa. It is seeking to persuade Moscow to support its position. Indeed, on Thursday the Fourth Division, headed by Maher Assad, President Bashar al-Assad’s brother, began striking Daraa al-Balad ahead of storming it.

Iran, which has been accused of recruiting local fighters to compensate for its withdrawal in 2018 and of flying drones over neighboring Jordan, was not openly fighting in the attack. It is believed, however, that it is present on the ground given the lack of Russian air cover.

The surprise came from the residents of Daraa and its factions. The Fifth Corps expanded its deployment in the eastern Daraa countryside after Zorin’s visit. In the western countryside, opposition fighters captured regime security checkpoints and detained some 500 Damascus loyalists. “New defections” were reported among individuals who had joined the army and security forces in wake of the 2018 agreement.

After a bloody day, the Russians intervened and arranged meetings between Daraa representatives and the army in search of a new settlement. The new agreement would call for keeping some fighters away from the area, resolving the issue of light weapons, setting up checkpoints, and opening the Amman-Damascus highway. The Fifth Corps would play a role in the agreement as all sides await a new round of fighting between opposition factions that want to preserve Daraa’s liberties and the regime that wants military victory.