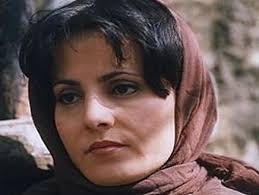 Fawda Suleiman is one of the very few Alawites—the sect of Syrian President Bashar al-Assad—who has proved since early on at the beginning of the uprising that there are no specific conditions to being one of the rebels, in particular no sectarian affiliation. This attitude brought her many problems later on when she became the disowned child of her family, was hunted, and served as a rich subject for various rumors.

Born in Aleppo in May 1970, Fadwa Suleiman moved to the capital, Damascus, to pursue an acting career, then graduated from the Higher Institute of Theatrical Arts in Damascus. She has performed in numerous plays and TV dramas.

Suleiman participated in the peaceful demonstrations that spread all over Damascus. She was seen in many districts at the funerals of martyrs who were brutally killed by the regime’s forces. A few days later she was standing on a high platform in front of hundreds of anti-government protesters in one of the most conservative Sunni districts, "Bayyadah," in Homs. She was celebrating the League of Arab States decree freezing Syria’s membership [in the League] and was chanting against Assad's rule, too. Beside her was Abdulbaset Al-Sarout, the very famous soccer player and one of the symbols of the Syrian revolution.

Her revolutionary stances summarize the situation of the peaceful reluctant who finds himself finally disappointed and outside his homeland.

Suleiman snuck away to France, not by her own choice, but as an exit from her situation. Assad’s forces attacked many houses in Homs searching for her, and people were beaten to discover where she was. Suleiman is wanted dead or alive, and has become a very serious danger for those who were standing with her, as she said.

Suleiman has delivered impassioned monologues to the camera, calling for peaceful protests to continue across the country until Assad is overthrown. “Sectarian violence in Homs would be worse if it weren’t for Fadwa Suleiman,” says Peter Harling, a Syria analyst at the International Crisis Group, a [U.S.-based] think tank. “She has tried to contain the damage among Alawites who have been hijacked by the regime.” In one video message in November 2011, Suleiman said security forces were searching Homs neighborhoods for her and beating people to force them to reveal her hiding place. Suleiman cut her hair short like a boy and moved from house to house to evade capture.

Running away and the new role

With fake hair, green glasses, a false ID, and a humble car driven by a man who was with her in Bayyadah, Fadwa passed through the uncountable barriers in Deraa in the south, before arriving in Jordan, and then she headed to France as a safe asylum for her.

Suleiman has started new activities, such as a participation in the eleventh session of the Human Rights Film Festival in March 2013, which devoted a special seminar to discussing the situation in Syria. [She also] broadcast a number of documentaries about the developments and protests that have evolved into armed confrontations in Syria.

Moreover, Suleiman published her first book titled “When We Reach the Moon,” which has a deep poetry full of personal suffering and national pains with much hope and yearning toward salvation.

When Suleiman was on that platform in Homs, she started to address the Alawites, saying, “Please come around to see the peaceful protesters, be realistic, even if you want to support the regime, and do not forget that we are a blood brotherhood. We should not allow the regime to make sedition in Syria.”