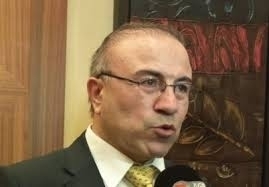 Dr. Abdulhakim Bashar’s election to the Syrian National Coalition was not his first appearance on Syria’s political map. He was chairman of the Kurdish National Council in Syria, the KNC, which is considered the most prominent umbrella group for Kurdish Syrian political parties, and was founded at the beginning of the Syrian revolution. Before that, he was secretary of the central committee of the Kurdish Democratic Party, since 2008.

Dr. Abdulhakim Bashar was born in 1958 in Khalid, a village next to the city of Amouda in northern Syria. He finished all stages of pre-university studies in the two cities of Amouda and Qamishli and then studied medicine at Damascus University, where he graduated as a pediatrician in 1987. He first got involved in national Kurdish party politics as an undergraduate student, when he joined the KDP, which was one of the three main groups at the time. The KDP was closest to the rural and tribal Kurdish classes, whereas the Kurdish Democratic Progressive Party (KDPP) represented the feudal Kurdish classes, and finally the Kurdish Left Party in Syria, which was the most popular at the time. The KDP was closer to the political leadership of the Barzani family than the other parties were.

A major event for Bashar was when he was elected member of the central committee of the KDP in 1991, but two other important events also deeply affected his political career. The first occurred in 1995 when he survived an assassination attempt in front of his clinic in Qamishli. All accusations pointed to the PKK and affiliated groups, due to the intense conflict between the KDP in Iraq and the PKK in Turkey at the time, a conflict in which the Kurdish Syrian scene also played a part.

The second important event came in 1996, with the death of Kamal Darwish, the general secretary of the KDP, whose death split the party into two distinct threads. This paved a way for those on the back benches to step in and take a seat in the front rows of the party politics. Bashar became a member of the political bureau for the party, which was chaired by lawyer Mohammad Nazir Mustafa and which received formal recognition from the original KDP party.

Bashar’s work within the party concerned two primary issues: forming diplomatic relations through reaching out to ambassadors and representatives of major countries in Damascus and developing the party’s media wing. He was elected as a general secretary of the central committee when the former secretary, Mustafa, became ill and Bashar became chief of the KDP after Mustafa’s death in 2008.

Bashar and his party have been engaged in the Syrian revolution since the very beginning. He had a leading role in creating the “Damascus Declaration for Democratic Change,” now considered an important precursory step to the revolution. He was one of many Kurdish leaders who were involved in deep discussions with all politicians of the Syrian opposition, and he was also one of those Kurdish leaders who refused an extraordinary meeting with President Bashar Al-Assad, insisting that it should be part of a national meeting.

When the Syrian opposition had not succeeded in forming a unified political body, Kurds tried to rearrange the “internal political house,” before establishing the Kurdish National Council umbrella body in October 2011. Bashar was elected to the presidential commission for this conference, and then as the head of the general secretariat of the executive office and as head of the international relations office at the foreign relations committee of the Council.

After receiving a lot of threats against him, Bashar moved to Kurdistan in northern Iraq, where he hosts foreign visits and tours to give a voice to Kurdish options in Syria.

Bashar was elected the vice president of the Syrian National Coalition for Revolution and Opposition Forces and a member of the opposition’s delegation to the Geneva 2 conference, which began in January 2014.

A lot of Kurdish Syrians aim their criticisms directly at Bashar’s political performance and behavior.

There has been much confusion inside the KDP about Bashar’s separation from the organizational structure of the main party. Some blame him for poor communications and others criticize his speeches. A criticism often leveled at him is that after claiming to stand for democracy and development when he was in the KDP’s organizational front, he ignored these demands when he became secretary for the party. Also he controlled the party for seven years without facing re-election.

A lot of Kurdish politicians and intellectuals estimate that Bashar tries to extend the Iraqi Kurdish influence, especially that of the Iraqi Kurdistan Democratic Party, to the Syrian political scene.

However, anyone who has interacted with Bashar says that he is a moderate politician who is not under the direction of any ideological or national forces, but rather that he is more of a technocratic figure.