The Russian-backed Fifth Corps of the Syrian government forces has recently started a campaign to recruit young men from the Syrian Desert, North Press reports. 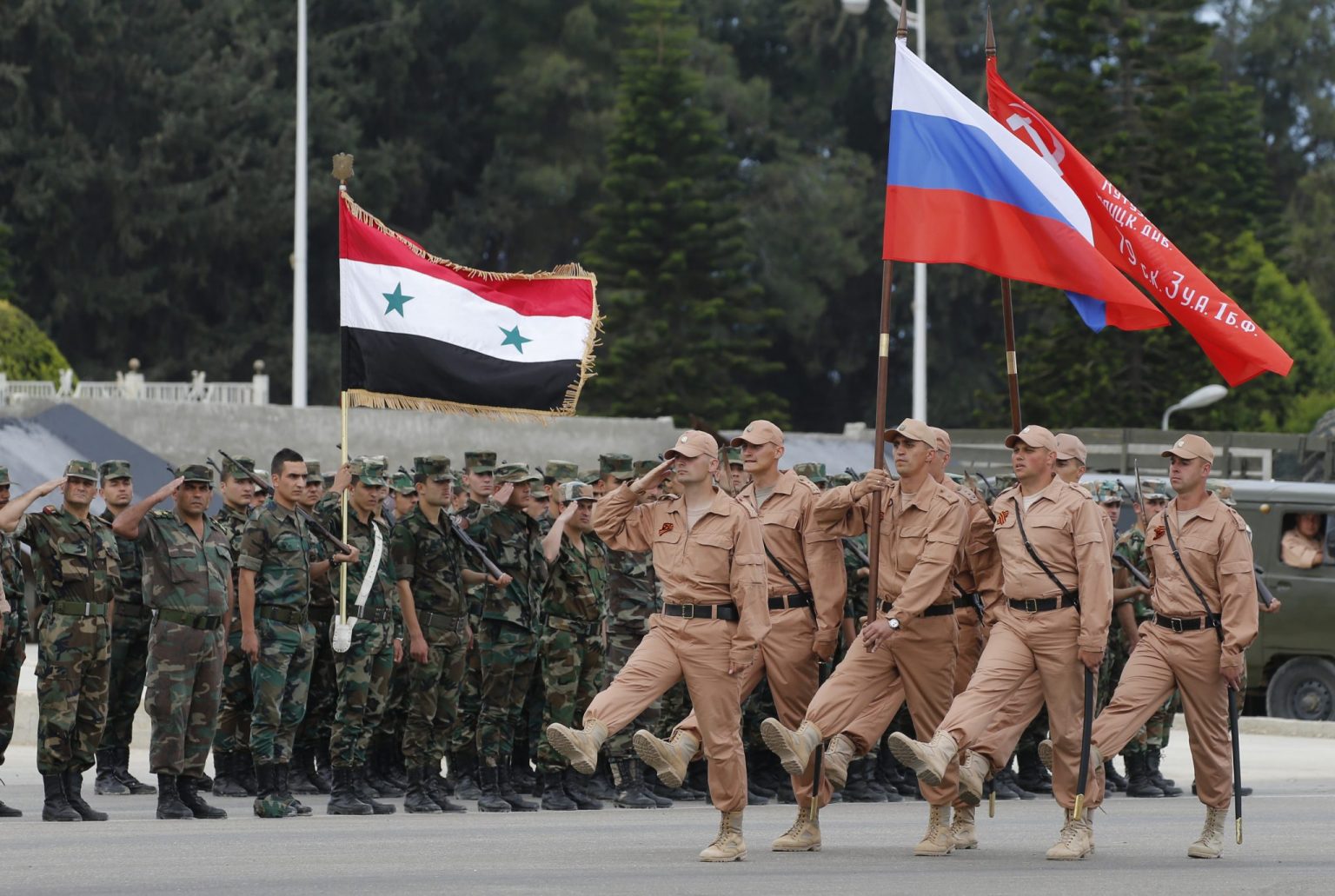 The Russian-backed Fifth Corps is an alliance of five Syrian armed opposition factions that was formed during the Syrian Civil War in September 2014. All five units were affiliated with the Free Syrian Army and used the Syrian independence flag as their symbol until joining with government forces.

According to press reports, the leadership of the Fifth Corps requested brokers, working under the name of al-Sa’ed office, to recruit about 300 young men from the cities of Palmyra, Sukhnah, and the surrounding villages and towns east of Homs.

Reports indicated that the goal of the campaign is to expand the Russian influence in the region, after the almost complete control of government forces and Iranian factions over the region over the past years.

The control of the government forces and the Iranian factions extends from the al-Boukamal desert, east of the Deir-ez-Zor governorate, to the Sukhnah desert, east of Homs.

The offices that are active in recruiting young men set the terms of the contract so that all the recruited undergo a training course of 30 to 40 days, and that the new recruited do not have chronic diseases such as heart disease, diabetes, and others.

It also stipulated that the age of the members not exceed 40 years.

The offices pointed out that their service within the Corps forces will be limited only to securing the government’s oil convoys within checkpoints that have recently been established by the Fifth Corps in the Homs desert, in addition to guarding and securing the vicinity of oil facilities held by Russia, such as the Shater gas field.

In June, the Russian forces launched a combing campaign in the Syrian Desert from several points focused on the Palmyra-Deir ez-Zor highway mainly and the vicinity of the Sukhnah area, and the Raqqa-Salamiyah highway.

This is the first time that the Fifth Corps is recruiting young men to deploy within Homs’ eastern countryside.

A few months ago, the Corps recruited 500 young men from various Syrian governorates, with the aim of deploying them to the back lines of the Idleb, Hama, and Aleppo fronts, northwest Syria.

The Corps’ goal, through that operation at the time, was to eliminate ISIS sleeper cells, whose activity increased during this year within the areas held by the Syrian regime in the Desert.

During the past eight months, the Fifth Corps lost dozens of members and officers, as a result of attacks and ambushes carried out by ISIS cells, without being able to end or control these cells.