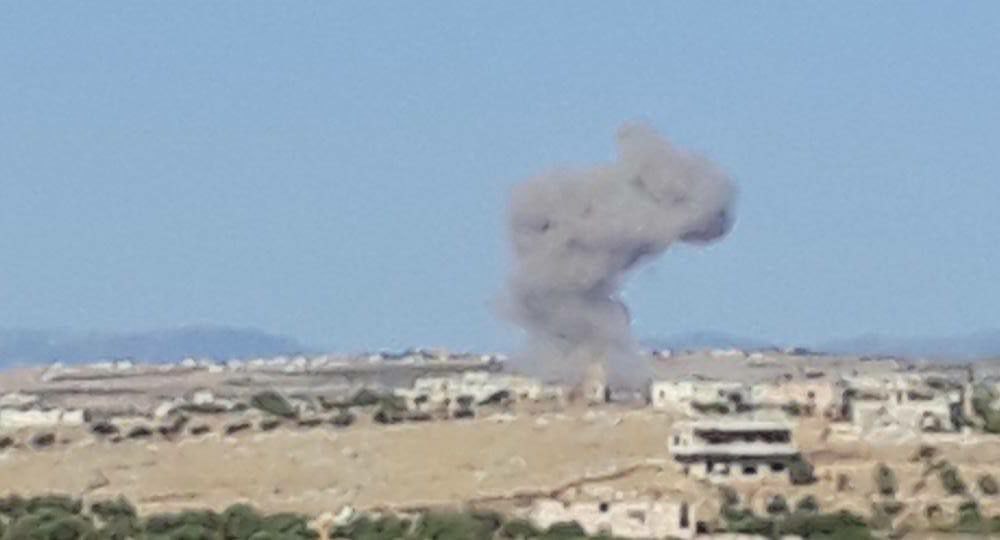 Russian warplanes targeted armed factions’ sites in the vicinity of the town of al-Bara, located in the Zawiya Mountain area in the southern countryside of Idleb, with high-explosive vacuum missiles and three airstrikes, military sources in the opposition factions told North Press.

The Russian raids coincided with an intense bombardment of the government forces on the positions of the armed factions in the countryside of Idleb, Hama, and Aleppo, without any casualties reported, the sourced added.

In Idleb, government forces bombed the armed factions’ positions in the vicinity of the towns of Kansafra and al-Fatira in the Zawiya Mountain area with rockets amid the intense flight of drones over the area.

Moreover, the fortifications of the armed factions in the outskirts of the towns of al-Mashik, Zayzoun, al-Ankawi, located in the Ghab Plain area in the western countryside of Hama, were subjected to mortar shelling, the source of which was the positions of the government forces in Jorin camp, according to the same sources.

Government forces targeted positions of the armed factions in the outskirts of the towns of Kafr’ama, Taqad, and Kafr Ta’al, in the western countryside of Aleppo with heavy artillery, the sources indicated.

Fateh al-Mubeen Operations Room, which includes Hay’at Tahrir al-Sham (formerly al-Nusra Front) and Jaysh al-Izza (Army of Glory) along with the National Front for Liberation, announced their targeting of the government forces’ positions in the vicinity of Jorin camp and Kharab al-Sheikh, west of Hama, with Grad rockets.