Russia has planned to destabilize the northern and eastern parts of Syria in order to expand its influence there, according to al-Hal Net. 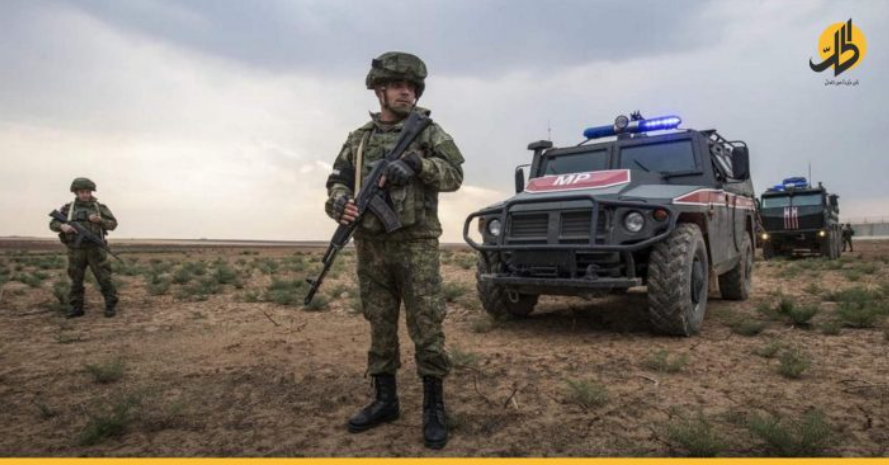 Russia has planned to control areas in northern and eastern Syria for several months, coinciding with Turkey scaling back its military operation in that region. At a time when Russia is now looking into a new campaign to reach the outer reaches of U.S. forces’ control and patrol nearby, a well-crafted plan could have a negative impact on the population of these areas and cause general instability.

Russian forces in northeastern Syria have begun patrolling the dividing lines between territory controlled by the Syrian Democratic Forces (SDF) and areas under the control of the Syrian government and Iranian militias in eastern Syria.

According to Russia expert Raed Jabr, the goal of Moscow is to establish its presence and show that it can intervene and act in these areas if necessary.

Speaking to al-Hal Net, Jabr said that the Russians are projecting these messages primarily to U.S. forces. The actions also bear messages for Syrian citizens in these areas.

Amongst Moscow’s messages to Washington is the notion that Russia will not back down from expanding its influence throughout Syria, including its eastern areas.

In addition, the U.S. side will face harassment in one form or another, Jabr believes.

Russia wants to test the waters with the population in these areas after the emergence of Russian troops, and specifically how local communities will respond.

If the reception is positive, Moscow will seek to expand its military movements in northern and eastern Syria, the Russian expert adds.

Russia will therefore work to reach understandings with the local population and clans. If the reception is negative, Moscow will postpone this step.

According to Jabr, this move is primarily experimental, and there will be no escalation of tension.

For their part, the United States and Turkey will monitor Russian movements for the time being, without issuing any response.