The presence of Iran in Syria is central to the policies of normalization adopted by Arab countries, according to Ibrahim Hamidi in Asharq al-Awsat. 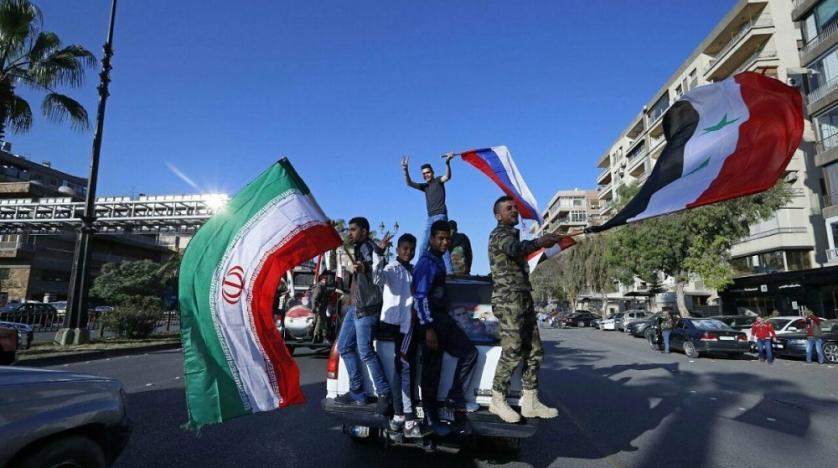 One of the main drivers of the initiatives, raids, and pressure on Syria is the presence of Iran there and questions about the future of its military entrenchment there.

Iran is largely present, both directly and indirectly, in the recent contacts and disclosed and undisclosed meetings that have been held with Damascus and Syrian president Bashar Assad.

Damascus and Tehran have formed a “strategic relationship” since Iran’s 1979 revolution and it has developed even further in wake of the eruption of the conflict in Syria in 2011. Iran’s intervention in the war has helped keep the regime alive before Russia’s military intervention in 2015 swooped in to play the role of “savior and victor”.

Iran has sought to entrench itself further in the Middle East through the Syrian “gate” in order to protect its “backyard” in Iraq, link Baghdad to Beirut through Damascus, and establish an opening to the Mediterranean. It also sought to establish a foothold that would put Israel within the range of its weapons.

The United States sought to confront Iran’s entrenchment by establishing its own military presence in northeastern Syria and in the al-Tanf military base, to block the Tehran-Baghdad-Damascus-Beirut route.

Iran responded to that move by opening an alternate land route between Tehran, Damascus, and Beirut through the Alboukamal and Deir Ezzor regions in Syria.

Israel, meanwhile, set its own red lines against Iran’s entrenchment and delivery of sophisticated and advanced weapons to its ally Hezbollah in Lebanon.

Turkey, which is also involved militarily in Syria, has sought to confront Iran’s presence south of its border. It did so by coexisting with it in line with the 2017 Astana process that Moscow was also party to.

Read Also: US Priorities in Syria Don’t Include Iran Withdrawal

The Astana process, with Ankara, Tehran, and Moscow, led to understandings between the parties over the division of influence in Syria against the other main foreign parties involved in Syria, namely the US and Israel.

Some Arab countries, meanwhile, had banked on Russia in reining in Iran’s influence, while others had turned to Washington when Donald Trump was still in the White House. Western countries have in the meantime insisted that all foreign forces, except Russia’s, withdraw from Syria as a condition to normalizing ties with Damascus or helping in reconstructing the war-torn country.

The calculations have all changed now given the changes in Syria and the region and the arrival of Joe Biden to the White House.

Biden has adopted a different approach than Trump and like Barack Obama, has pitted high hopes on the nuclear negotiations with Iran in Vienna. When Tehran tests the waters by attacking the al-Tanf base or stokes tensions in the Gulf waters, Washington weighs its response by assessing how much its retaliation may impact the negotiations.

As it stands, the room for confrontation is now limited between two options: the first is engaging Assad and ending Damascus’ isolation with the hope of easing Iran’s influence. The purpose would not be to immediately shift Syria from the “resistance alliance”, led by Iran, to the “moderate camp”. Rather, the aim is for Damascus to be open between the two camps because this is the realistic option and because some Arab countries have signed normalization deals with Israel and left the door open for dialogue with Iran.

Some Arab countries have indeed forged ahead with normalization based on this assumption, while others believe the conditions are not ripe yet. They are instead demanding that Damascus take “tangible steps” and begin reining in Iran in Syria and the region.

The second option lies in banking on the leadership of Russian President Vladimir Putin and his ability to rein in Iran. This option stems from the position that the war had brought together Putin and Iran’s supreme leader Ali Khamenei in Syria, but peace and normalization will pull them apart. Iran wants to support the militias, establish a regime that is subordinate to it and divide Syria. Russia, on the other hand, wants to strengthen the Syrian army and preserve the unity of the state. In other words, it supports the “Russian Syria” against the “Iranian Syria”.

Israel also figures in the picture. It wants to receive logistic and intelligence support from the US as it raids Iranian positions in Syria. It wants to sever the Tehran-Damascus-Beirut route. It is also hoping that its normalization of relations with Arab countries would open Damascus’ eyes to other opportunities that would end its isolation. It is also relying on its military strikes on Syria and military understandings with Russia.

Former Israeli Prime Minister Benjamin Netanyahu had struck a deep understanding with Putin that prioritizes Israel’s security. This understanding had also received the blessing of Trump and his team. This allowed Israel free reign in striking Iran in Syria to prevent its entrenchment.

Netanyahu’s successor, Naftali Bennett, met with Putin in Sochi on October 22 and largely received the same reassurances over Syria that his predecessor did. He appeared to have received approval to expand attacks on Iranian targets as evidenced in strikes on the outskirts of Damascus and the intensification of raids, whether from Lebanese airspace or from above the al-Tanf base of occupied Golan Heights.

The nuclear negotiations are significant for the fate of Syria and Iran’s presence there. One must monitor the course of Israeli strikes on Syria and the various diplomatic visits to Damascus to determine just how much Iran will remain entrenched there or not.