Ahmed al-Jarba, opposition figure and founder of Syria's Tomorrow Mouvement, has visited Moscow to discuss the Syrian issue with Lavrov, according to al-Souria Net. 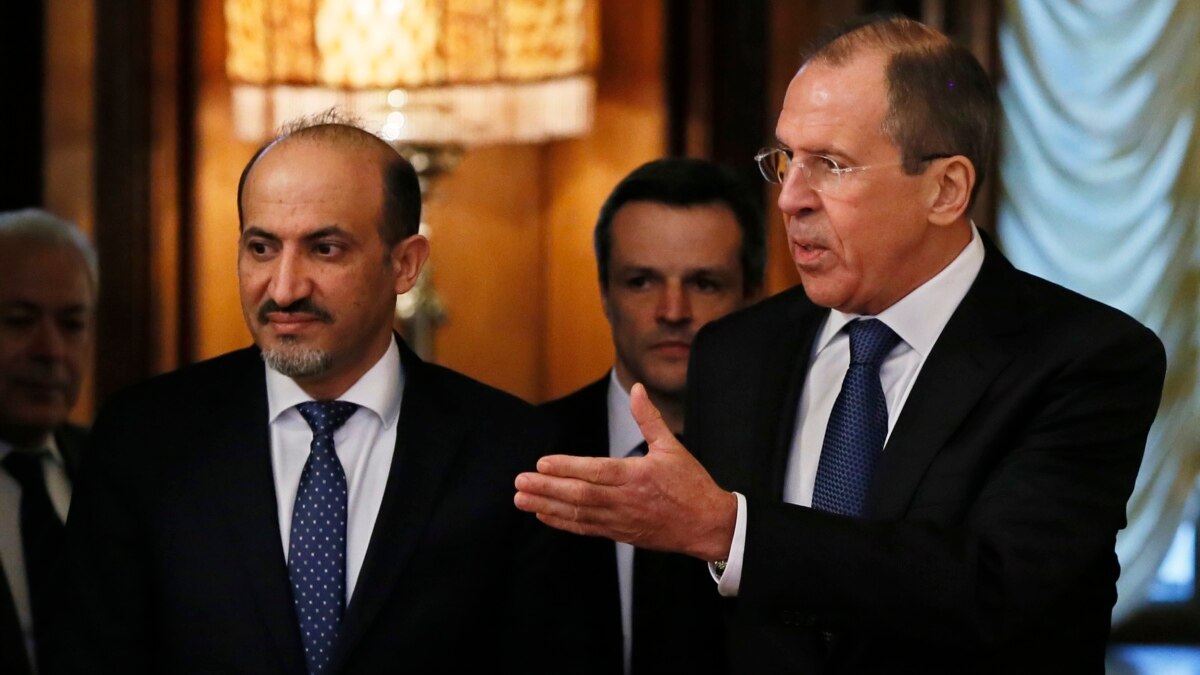 On Saturday, A Russian Foreign Ministry statement said that Sergei Lavrov had “focused on resolving the Syrian crisis” in his meeting with Ahmed al-Jarba, leader of the Peace and Freedom Front, who was visiting Moscow. According to the statement, the two men exchanged views on developments in Syria, while stressing the need to strengthen the political process in line with UN Resolution 2254.

For his part, Jarba said on Twitter that there had been “an exchange of views on the prolonged situation in Syria, while pushing for an inter-Syrian dialogue in various forms.”

In public statements, Jarba added that his visit comes within the framework of “knocking on the doors of the countries that can offer a solution in Syria” Jarba described Moscow as “one of these doors.”

Ahmed al-Assi al-Jarba, born in Qamishli in 1969, is a sheikh of the Shammar clan in the Syrian al-Jazira region. Jarba headed the Syrian National Coalition for two consecutive sessions, in July 2013 and then in early 2014.

In 2014, Jarba’s name was spread in the media after his visit to the United States, where he met with then U.S. President, Barack Obama. This made Jarba the first figure of the Syrian revolution to have this kind of meeting.

After his departure from the Syrian National Coalition, Jarba founded Syria’s Tomorrow Movement in Egypt.

After the establishment of Syria’s Tomorrow Movement, Jarba signed an agreement with the Autonomous Administration of North and East Syria in the Egyptian capital Cairo. The agreement comprised of drawing up “joint military strategies and operations,” before forming the so-called “Syrian elite forces.” This new group joined Jarba’s current forces, announcing his control over villages and areas in rural Hassakeh and Deir-ez-Zor.

The “elite forces” operate under the international coalition’s command, including fighters from Arab clans in Deir-ez-Zor and Raqqa. The forces have taken part in Raqqa’s battles against ISIS.

The elite forces have about 3,000 fighters, according to al-Jarba’s announcement in February 2017.