The leader of the Syria Tomorrow movement has offered an initiative to three Arab countries, in a bid to end the political deadlock, according to al-Souria Net. 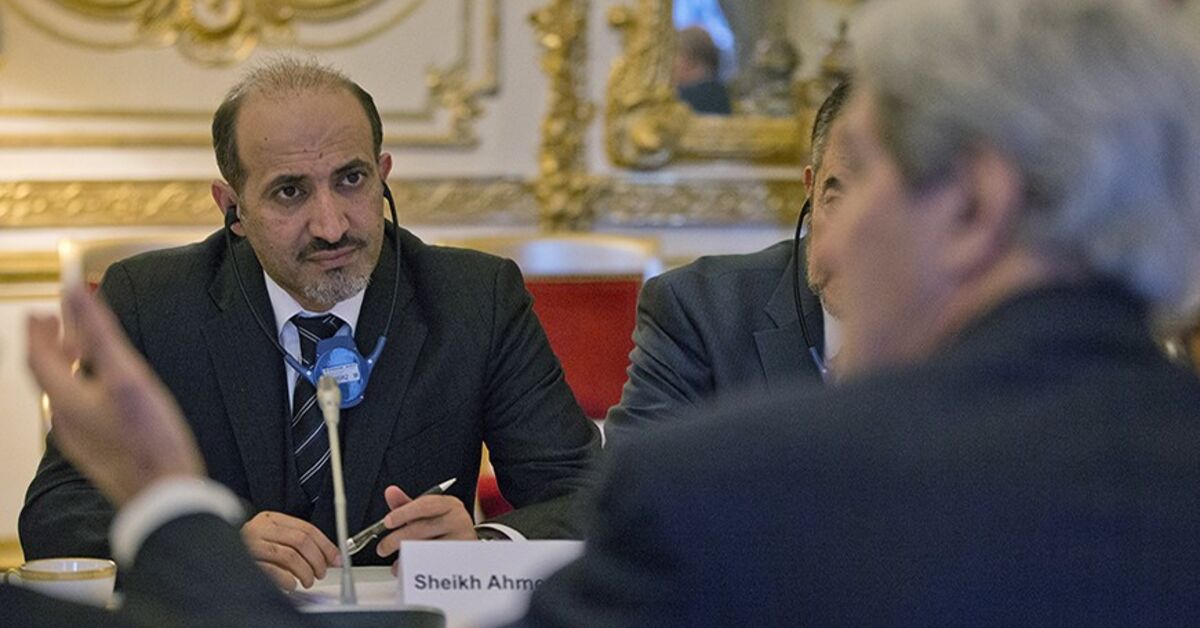 The leader of the Syrian Tomorrow Movement  (Al-Ghad Movement), Ahmad al-Jarba, announced the introduction of an initiative for three Arab countries, Saudi Arabia, Qatar, and Egypt. The initiatives aim at ending the Syrian crisis after a decade.

This came during a press conference from Erbil, on the first anniversary of the Peace and Freedom Front, headed by Jarba.

On Saturday, Jarba said on the official website of the Tomorrow Movement, that the initiative comes “to get out of the bottleneck.”

He added that it occurs in light of Gulf and Arab reconciliation. In addition to the regional and international influence of these three countries to be an Arab umbrella integrated with the Turkish position.

During his conference, he called on the United States of America and Russia, as well as the European Union and the United Nations, to take responsibility in ending the Syrian crisis -under Security Council Resolution 2254 and with the objectives and aspirations of the Syrian citizens to reach the desired political solution.

Jarba did not disclose the details of the initiative. It accompanies no clear political solution in Syria, after the failure of the rounds of the Syrian Constitutional Committee and following obstacles created by the Assad regime.

He noted that his front had provided a range of solutions to ensure political change and that what it had put forward was accepted.

What is the Peace and Freedom Front?

On July 28th, 2020, four Syrian entities announced the formation of the Peace and Freedom Front in eastern Syria.

At the time, the political alliance included the Kurdish National Council, the Syrian Tomorrow Movement, the Assyrian Democratic Organization, and the Arab Council in al-Jazeera and the Euphrates.

“The Peace and Freedom Front is a framework for a political alliance between several Syrian political forces, which are seeking to build a pluralistic, decentralized democratic system.  A system that preserves the dignity and freedom of Syrians; where terrorism, extremism, and exclusion have no place. They work following the principles and objectives that are included in the political vision,” according to the statement.

“The Peace and Freedom Front supports a political solution in Syria, per resolutions of international legitimacy, the most important of which is Security Council Resolution 2254 and the Geneva Statement 1,” the statement said. The statement also added, “the front is open to dialogue and joint action with the Syrian opposition.”