Anas al-Abda has announced a visit by a delegation from the Coordinating Committee to Turkey to meet opposition and Turkish officials, according to Nedaa Post. 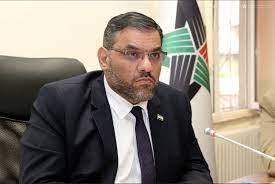 Anas al-Abda, the head of the Syrian negotiating committee, warned against any political solution “without international and national solidarity to press for full implementation of UN Resolution 2254 in all of its provisions, including tightening sanctions on the regime and its affiliates, obstructing any attempt to keep the regime afloat or support the regime’s reconstruction process, and supporting the position of the Syrian people and the opposition in their efforts to reach a political solution – one which guarantees the Syrian people a democratic, civil, and just state.”

“From the outset, Russia has been trying to make the political process more like a Syrian-Syrian forum instead of a UN-sponsored process,” Abda said in an interview with Nedaa Post.

Abda rejected any Russian solution that would keep Bashar al-Assad in power. “The Syrian people today will not accept a solution that will keep the Assad regime in power. Assad has killed and displaced millions of our people, and there will be no strategy in the Commission’s name that does not pursue those aspirations,” he said.

Abda also commented on the visit of a delegation from the Coordinating Committee to Turkey to meet with the negotiating committee’s head, the leadership of the National Coalition of Revolutionary and Opposition Forces, and Turkish officials. He said: “A delegation from the Coordinating Committee will visit us next week, and we welcome this visit, with its emphasis on the unity of objectives, common goals, and the vision of the Syrian opposition with regard to the political solution.”

“I would like to point out that my meetings with the blocs formed by all the Syrian negotiating committee have not stopped. We are continuing to act, and we have set our sights on ending the dispute,” said Abda. “Here, let me clarify two important aspects:

The first aspect is the internal disagreement within the negotiating committee, which is not based on political orientation, or the many principles of negotiation. The disagreement is a regulatory dispute within the committee, and all elements of the commission are making determined efforts to resolve this dispute.”

“This issue needs to be emphasized: the elements of the Syrian negotiating committee are fully aware of the importance of their mission, which is to serve the Syrian people and their aspirations. The current dispute will not hinder the efforts and mission of the negotiating committee to reach a just political solution, one that supports the aspirations and objectives of the Syrian people and their revolution,” he said.