The UN Special Envoy to Syria has claimed that progress was still possible in the Constitutional Talks to reach a political solution to the war in Syria, according to North Press. 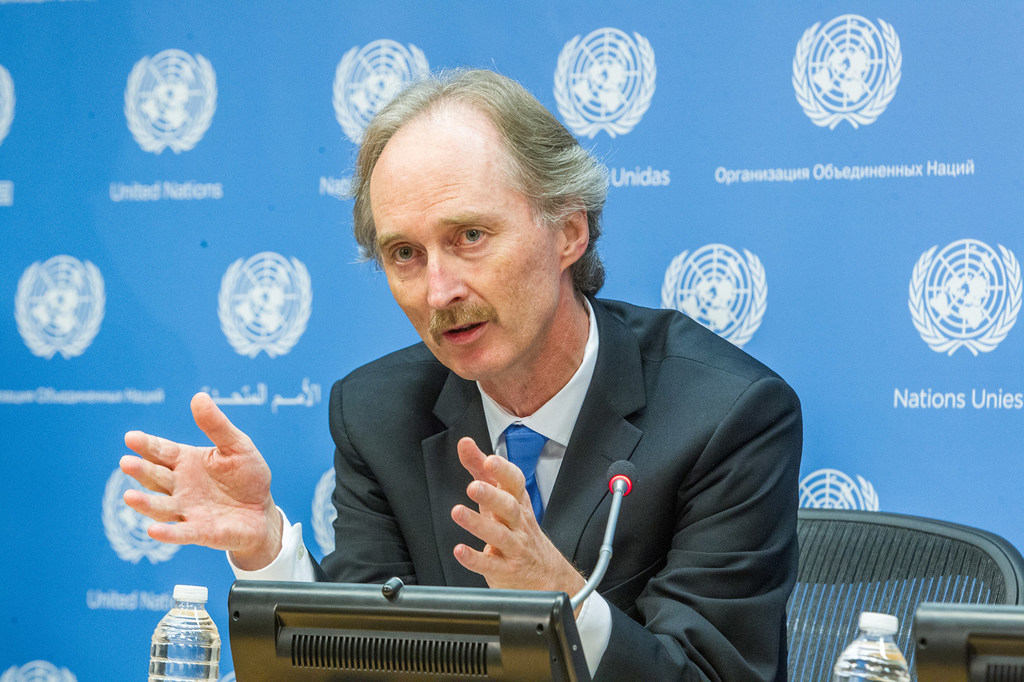 Although the outcome of the latest meeting of the Syrian Constitutional Committee was “a disappointment”, members must continue their vital work to reach the necessary progress, the UN Special Envoy for Syria, Geir Pedersen, said in a briefing to the Security Council on Wednesday.

On October 22nd, Pedersen said that the process of drafting a new constitution for Syria has been “a big disappointment”, adding that following the end of discussions in Geneva, a consensus on how to move forward was not achieved.

“The hope was that the 45 men and women (Small Body) – who represent the Syrian government, opposition and civil society – would draft a text that would help support a peaceful future for their country after more than a decade of war,” he added in the briefing.

The UN official pointed out that parties of the Constitutional Committee were unable to move from submitting and discussing initial drafts to developing a productive textual drafting process.

It is important the Committee’s work continues “with urgency and purpose”, said Mr. Pedersen, adding that his engagement will continue.

“We need a common understanding on a working mechanism to help the Constitutional Committee discharge its drafting mandate,” Pedersen told ambassadors.

“I remain convinced that progress on the Constitutional Committee could, if done the right way, help to build some trust and confidence,” Pedersen concluded.

On October 17th, the Small Body of the Syrian Constitutional Committee held its first meetings in Geneva between the two co-chairs of the Syrian government and the Syrian opposition in the presence of Geir Pedersen.

The meeting between the two co-chairs was the first of its kind since the starting of the Constitutional Committee.

The Constitutional Committee has a Large and a Small Body: the Large Body comprises 150 members: 50 members of the government, 50 of the opposition, and 50 of civil society. While the Small Body comprises 45 members: 15 members for each party.