HTS was able to push the leader of Junud al-Sham, Muslim al-Shishani, to withdraw from the northern Lattakia countryside, paving the way for a large-scale military operation, according to al-Modon. 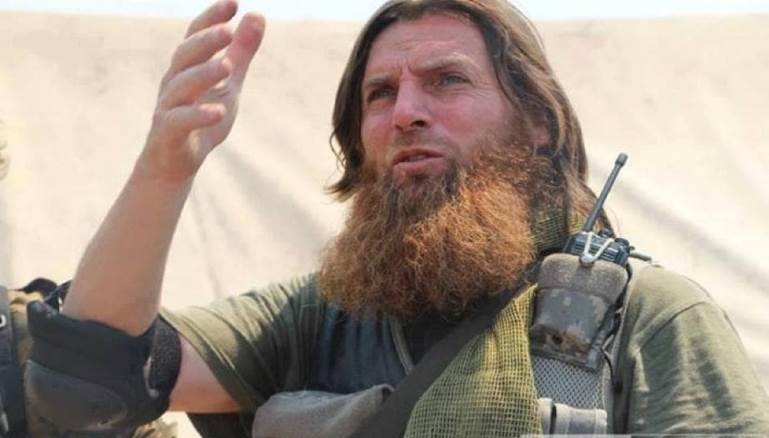 Tahrir al-Sham (HTS) now has the chance to clear the last remaining areas where Salafist organizations opposed to HTS are located, in western Idleb and the northern countryside of Lattakia. This development comes after HTS reached an agreement that the Junud al-Sham organization would leave Jabal al-Turkman and all its deployment sites in the area, which have been targeted by the military campaign.  On Tuesday morning and under the agreement sponsored by the Turkistan Islamic Party, the leader of Junud al-Sham, Muslim al-Shishani, departed along with more than 70 members of his organization from Jabal al-Turkman, Jisr al-Shughour, and several of their deployment sites in rugged mountainous areas. The militants took their weapons, vehicles, and families with them. The Turkestanis are supposed to provide al-Shishani and his organization’s members with a place of residency in its areas of deployment in the Idleb countryside.

“The agreement was reached with Muslim al-Shishani and his group in the presence of mediators. It stipulated that Junud al-Sham should stay away from the groups targeted by the military campaign and that Shishani must hand over wanted men from his group to the judiciary,” an HTS military source told Al-Modon.

“After successfully neutralizing Shishani’s group, a large-scale security and military operation is now being prepared in the northern Lattakia countryside and areas west of Idleb against rogue organizations and takfiri groups, the most important of which is the Jundallah group. If they do not respond to warnings and refuse to surrender, they will be met with force,” the source added.

Read Also: War Might Break Between Julani and Shishani in Idleb at Any Moment

“The military campaign is directed against a criminal group called the Abu Fatima Group,” said Tahrir al-Sham’s media office, in an exclusive statement to Al-Modon. “We made it clear that the tension is with these groups that are sheltering wanted persons and are involved in security threats. They make people into disbelievers, championing blood and money, and provoke the crime of treachery from those stationed on the frontlines,” he said.

The current military campaign carries great meaning in terms of bringing the entire region under HTS’ security apparatus and judiciary, as well as asserting control over all strongholds that are allegedly a safe haven for fugitives and criminals. In particular, these targets include the remaining members and leaders of the Guardians of Religion Organization, who have been in hiding, as well as ISIS cells that are still active in the area. According to Tahrir al-Sham, their presence extends to the mountainous area of the northern Lattakia countryside, where Jundullah is holed up.

Military sources told Al-Modon: “The military campaign against the Salafist organizations in areas barred to HTS’ security apparatus was timed suddenly. The operation may have obtained information about the Ansar Abu Bakr al-Siddiq’s Brigade’s secret plans to target Turkish military deployment in Idleb. It appears that the supposed information was obtained by a detainee from the intelligence services, whose arrest was announced in mid-October.”

“Jundullah, which HTS refers to as the Abu Fatima group, could be behind the coordination of attacks and bombings targeting the Turkish army in Idleb, which began in mid-2020. Or, at least, the group harbors fighters and leaders of Ansar Abu Bakr Brigade, which typically conducts operations against Turkish convoys,” the sources said.

“HTS no longer tolerates the existence of sites and areas closed to HTS’ security forces. HTS’ recent move is useful in marketing the group internationally and to Turkey, which has held a stronger position against the threats of both the regime and its allies towards Idlib,” said Syrian researcher Mohammed al-Sukari.