The decision by the UK to remove sanctions on Syrian businessmen close to the regime raises questions about London's policy towards Syria, according to Enab Baladi 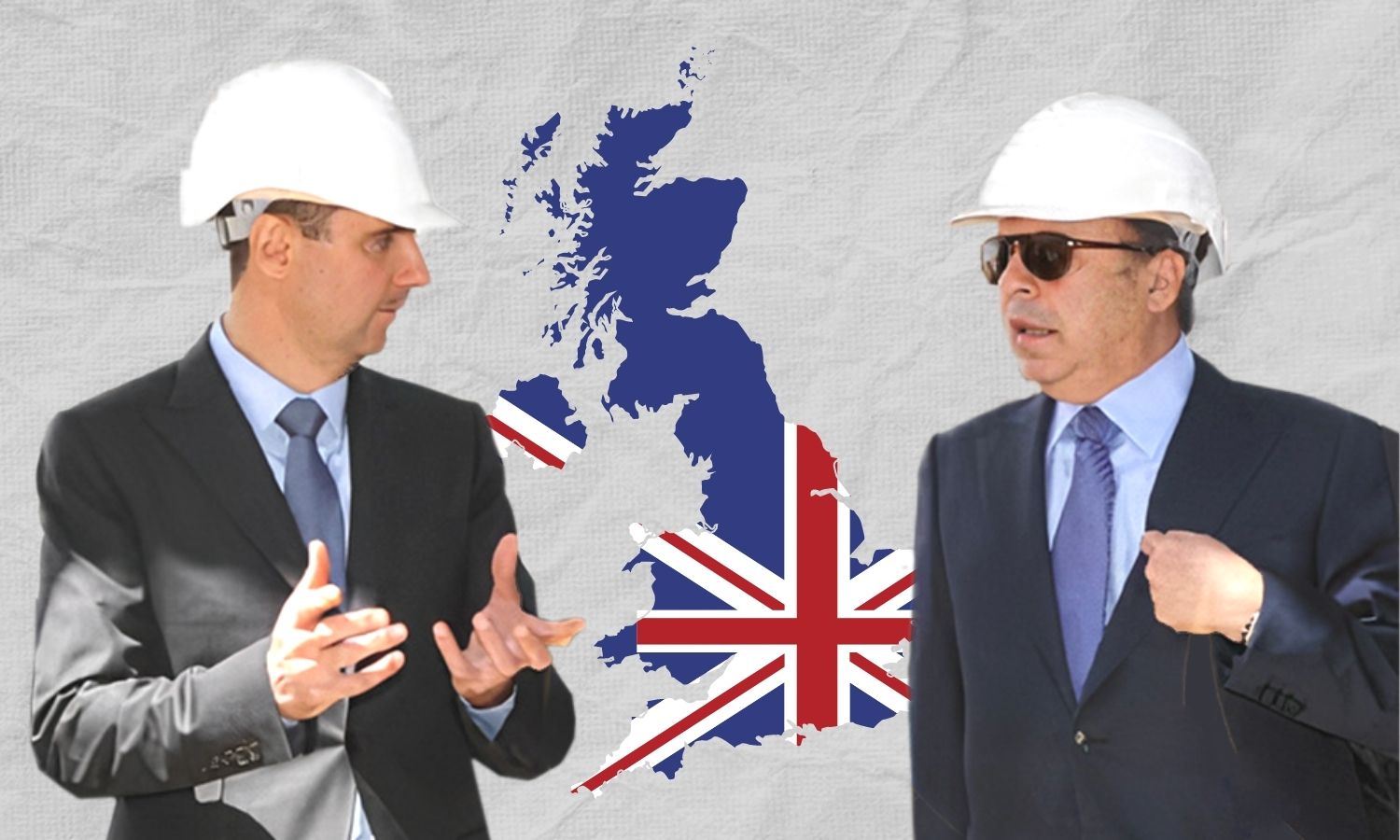 On January 1st, the UK government announced that it would move the EU sanctions against the Syrian regime and its partners to the UK sanctions regime. Recently, the UK lifted sanctions against prominent Syrian figures known to be close to the regime, such as Tarif al-Akhras (Asma al-Assad’s uncle) and businessman Nizar Jamil al-Asaad.

Akhras’ removal from the list of sanctions against prominent figures and businessmen who assist or have close ties with the regime, was the first such occurrence, following the UK’s exit from the EU (Brexit).

The sanctions removal has raised questions about the reasons and circumstances behind such a decision and whether it would be followed by a shifting policy towards the Syrian file. It also brought light to the impact of this decision on investors and businessmen who have dealings with the Syrian regime.

An informed legal source told Enab Baladi on the condition of anonymity that the UK’s sanctions system is still interested in pressuring the Syrian regime. The departure of the UK from the EU has caused some laws to change, including those on sanctions, imposed on individuals or specific networks.

The UK has adopted its own sanctions law against the Syrian regime before leaving the EU, indicating its interest in punishing the regime and those linked to it, the source said.

According to the source, who is linked to the UK Foreign Office, those named in the UK sanctions lists can resort to British courts to lift the sanctions after it was only possible in the EU’s courts.

British state lawyers realize the enormous costs arising from the trials of sanctioned businessmen such as Tarif al-Akhras, who paid millions to EU courts to lift sanctions against himself, the source said.

He added that not all sanctioned people by the UK government can be removed from the sanctions lists by a court ruling, as there are terms governing the procedure and there should be a solid legal argument and documents proving the sanctioned person’s involvement or non-involvement with the Syrian regime.

According to the source, Akhras was lifted from the UK sanctions list for procedural reasons rather than political ones. In addition, the amount of public information proving al-Akhras’ support to the regime was not enough to keep him sanctioned.

As for Asaad, the source said that the businessman is not as close to the regime as he used to be before, and his companies in Syria are no longer active; as a result, he was lifted from the sanctions list of the UK government.

The UK’s initial position towards the Syrian regime has not changed, the legal source said, adding that the UK has established a new sanctions law against the Syrian regime, in a similar move to the US’ Caesar Act.

The Executive Manager of the Syrian British Council, Mazen Gharibah, told Enab Baladi that the UK government’s decision to lift sanctions against five individuals linked to the regime resulted from a routine review by the UK Treasury and Foreign Office on the sanctions lists.

Gharibah added that four individuals linked to the Syrian regime were removed from the UK’s sanctions lists because of their death. As for Nizar al-Asaad, the UK government released no justification for removing him from the British sanctions lists.

But economist Karam Shaar told Enab Baladi that even though the UK sanctions are less effective than US or European sanctions, the UK government’s lifting of sanctions from pro-regime Syrian businessmen encourages other businessmen to continue supporting the regime.