Infighting between gunmen of a Turkish-backed faction in the town of Ras al-Ayn in northeast Syria left at least three dead, according to North Press. 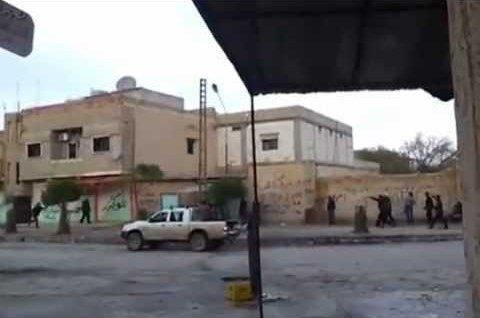 On Tuesday, infighting between gunmen of a Turkish-backed faction caused deaths and injuries in the Turkish-controlled city of Sere Kaniye (Ras al-Ayn) in northeast Syria.

“Heavy clashes erupted between gunmen of al-Mu’tasim Division faction in the Hawarna neighborhood of the city, in which they used machine guns and RPG-7,” local sources in Sere Kaniye told North Press.

“The clashes resulted in the killing of at least three militants and the injury of others,” the source added.

The causes of the infighting have not yet been known, amid speculation that the dispute was over the right to seize the property of the displaced, according to the source.

This came two days after fighting erupted between the Civilian Police faction and the Military Police in the city, both of which are affiliated with Turkey.

Since Turkish forces and Turkish-backed armed factions in Syria took over Sere Kaniye and its countryside at the end of 2019, the area is witnessing constant security chaos.