Syrian Industrialists are moving to Egypt, where they enjoy economic freedom and access to the global market, according to Athr Press. 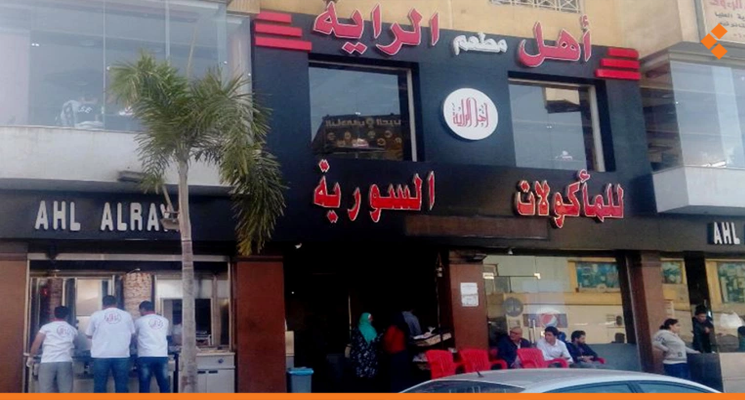 “We have appealed a lot to rehabilitate the infrastructure, improve the situation of electricity, and provide Aleppo with more energy. It is the country’s economic capital, it should be provided with more than just 200 megawatts,” Shashman said in an interview on Melody Radio.

He considered that the electricity’s situation and the increased fuel prices, along with other factors that raise the cost of production and the difficulty of rehabilitating factories, incurred heavy difficulties on the products and affected the competitiveness of these Syrian products internationally.

Shashman added that capital and project owners in Aleppo have lost hope of waiting for the situation to improve. Therefore, some are beginning to consider leaving, especially with the availability of good investment opportunities elsewhere, such as Egypt and Erbil.

Despite the existence of interest subsidy programs, Shashman noted that limited credit opportunities and difficult guarantees have prompted industrialists to consider going elsewhere.

Regarding the reason why Syrian industrialists chose the Republic of Egypt as their destination and the facilities provided, he said: There are no great facilities provided by Egypt to the Syrians, but only the freedom of markets, movement, work, and open export to all countries of the world.

Speaking about the reasons for the manufacturers’ travel, he said: There have been many decisions issued that have narrowed our work down, such as resolutions 1070 and 1071, which hindered import and export. The instructions are unclear as the goods are stopped at the border. Traders do not know how to export and import. The Governor of the Bank’s decision regarding the reduction of exports by 50 percent was surprising and startled investors. Industrialists and traders do not know how to deal with this decision.

He explained that the bank’s decision entrusted the matter to several exchange companies operating outside Syria, some of which operate in the black market. The procedure happens through people who charge the price of goods and then transfer them informally to branches in other countries. This represents a great threat to investors and they may be subjected to prosecution and suspension of their work in those countries. Companies must have licensed offices in all countries and inform the governor about this subject, and then it will be addressed.

In addition, Shashman revealed demands made by industrialists to review decrees 3/4 on foreign exchange dealings.

As for the situation in Aleppo, in the industrial city there are 720 factories, none of which has been closed. However, some owners may open branches in other countries. These factories operate with a production capacity of 30 to 40 percent, causing a great loss as well as a significant cost.