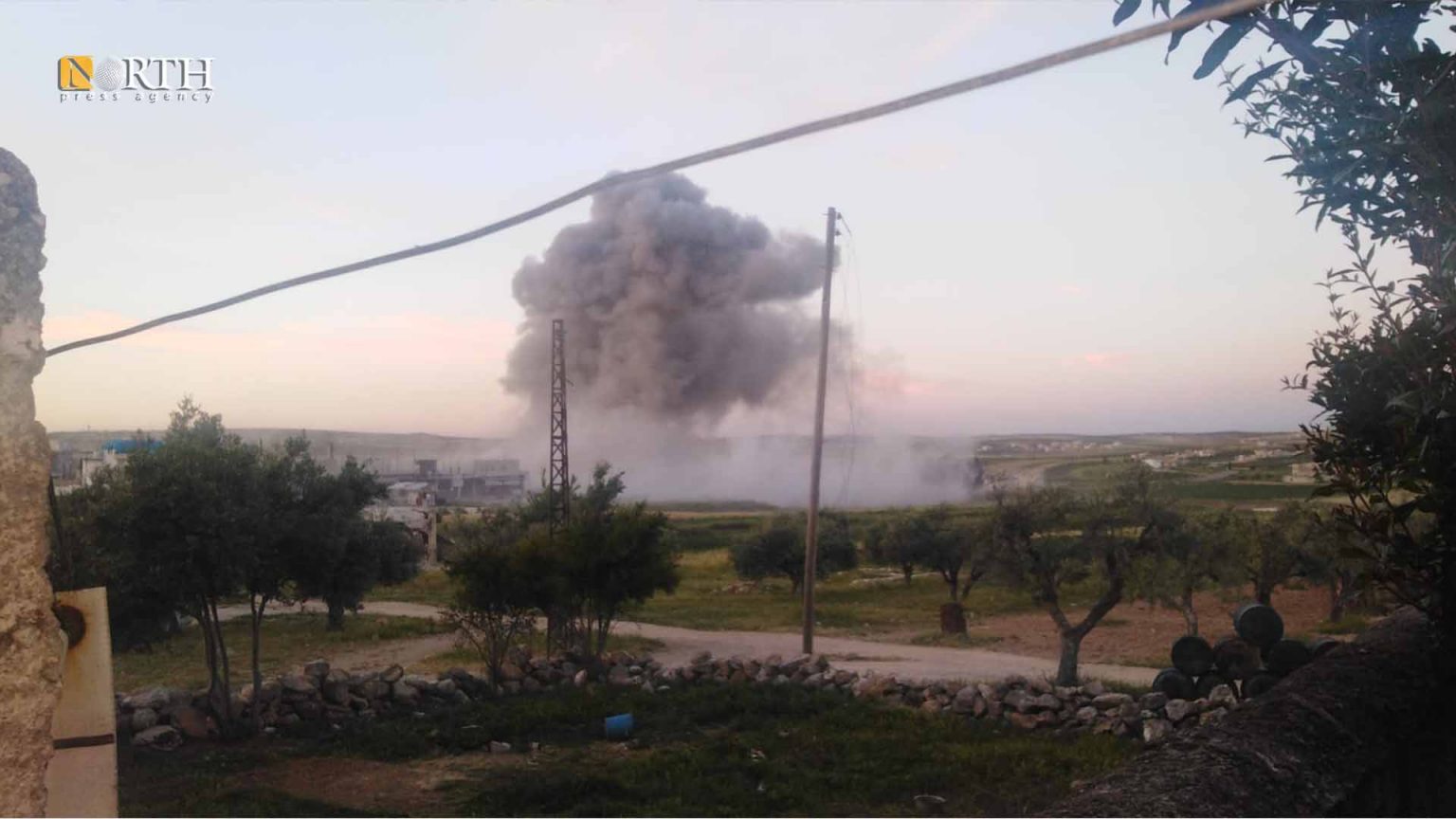 Sources in the opposition factions told North Press that the government forces stationed in the town of Hazarin renewed their artillery and missile shelling on the towns of al-Kafir and al-Kinda and the vicinity of Jisr al-Shughur city located in the western countryside of Idleb.

Private property was destroyed due to the shelling, the source added.

The government forces also targeted the factions’ positions in the village of al-Khader, located in the Jabal al-Akrad region, and other fortifications in al-Tuffahiya and Shanbar castle north of Lattakia, with heavy artillery and rocket launchers, according to the same sources.

On Sunday, Russian warplanes targeted the areas of the Kabanah hills and the hills surrounding the village of Barza Fawqani in the northern countryside of Lattakia, in addition to other sites in the vicinity of the towns of Kansafra and al-Fateira and the town of Bassam, south of Idleb, with high-explosive missiles.