A meeting in Sochi at the end of the month is scheduled between Putin and Erdogan in order to determine the future of Idleb, among other files, according to Baladi News. 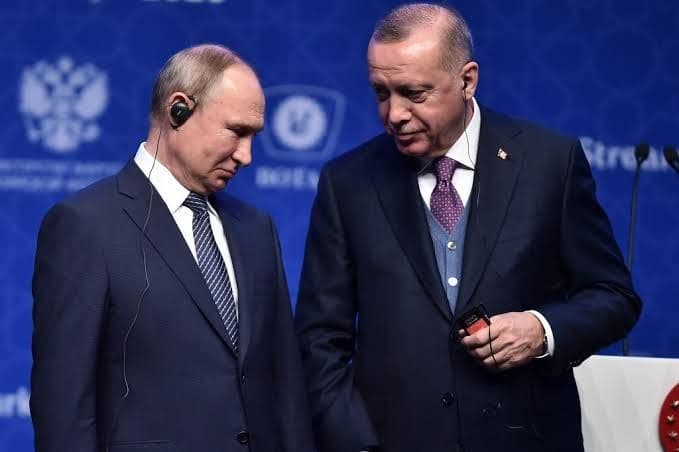 Since the March 2020 agreement, the conflict in Idleb has reflected strategic shifts in relations between Moscow and Ankara, with the rise of a rivalry between Putin and Erdogan to demonstrate good faith in cooperation in various areas, primarily in the face of “terrorism” — as both sides to the conflict have described it.

However, many aspects of the Russian-Turkish rapprochement bear the hallmarks of a media campaign, in which everyone took advantage of the international withdrawal to solve the Syrian issue. This applies particularly to Russia, which used the situation most deplorably as a way to expand its regional influence under the pretext of fighting “terrorism”.

In the context of what Putin’s strategy calls for, Ankara seems justified in maintaining its partnership with Russia. This is evidenced by the Russian military escalation and various political tracks, in the sense Russian-Turkish relations have grown larger than the Idleb issue. This applies both in the east of the Euphrates, where Ankara needs Moscow to pressure the People’s Defense Units (YPG). Ankara claims that the YPG poses a threat to Turkish national security. Turkey also focuses on the volume of trade between the two countries, with Turkey realizing that support from NATO support will not be forthcoming any time soon.

With real military support, economic sanctions on the Assad regime is merely a pressure tool on the Russian side to sit at the negotiating table and chart Syria’s political future, while also limiting Iranian influence. This is because Russia recognizes the importance of Turkey as a key partner in any deal involving Syria in the future. So it seems that we have to exclude the option of a Russian-Turkish war, even through proxies. This conclusion is illustrated by Russia’s bombing of the region without serious reactions from Ankara, aside from recalling agreements concluded with Moscow and calling for the Russians to abide by them. The two countries have also determinedly avoided engagement in the same areas.

As a result, Moscow seems to be imposing pressure on Ankara to reach a new consensus, which falls short of the Moscow agreement but extends slightly beyond the Adana agreement. Moscow has pressured Ankara in this way in response to international political shifts and developments on the ground in Idleb, intending to avoid uncertain military moves. The outcome will depend on Putin and Erdogan’s upcoming meeting in Sochi, in late September.