The summit in Moscow between Assad and Putin dealt with military, political and economic files, according to Sputnik Arabi. 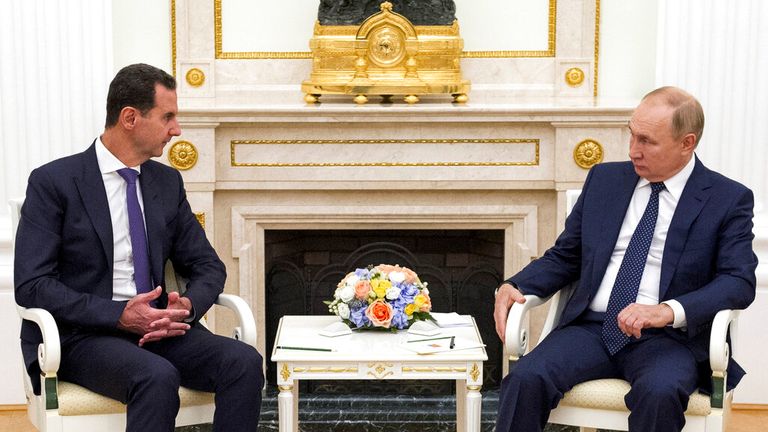 Knowledgeable Syrian sources told Sputnik that the closed session between Presidents al-Assad and Putin, held today in Moscow, lasted for 90 minutes. After this point, the presidents were joined by the Syrian Foreign Minister and the Russian Defense Minister for another 45 minutes.

The sources pointed out that the meeting covered the areas controlled by the militants of the Jabhat al-Nusra terrorist organization in the Idleb governorate, in northwestern Syria. The agenda also included economic support, a headline issue for the meeting, and rehabilitating power plants as an essential pillar of Russian support for the Syrian people.

Read Also: Summit in Moscow Between Presidents Assad and Putin

In their interview with Sputnik, the sources concluded that the Russian Defense Minister’s presence also means that Russia’s priority is liberation, especially since President Assad himself is the commander-in-chief of the Syrian armed forces.

Bilateral economic cooperation was an equally important topic during the Syria-Russia summit. The two presidents discussed this cooperation with a view to supporting the Syrian economy’s recovery and helping the Syrian people to overcome the effects of the American and Western blockade imposed on Syria. These efforts will also help to speed up the process of returning Syrian refugees.

The sources indicated that the meeting addressed the understandings reached by the Joint Syrian-Russian Committee, particularly in the field of supplying Russian wheat to Syria, rehabilitating several power plants, moving forward on water projects, and cooperating in the field of information technology.

According to the same sources, the summit touched on the Astana process and the constitutional committee, yet the focus remained on economic issues and liberating the rest of Syrian territory. It became clear that the constitutional committee no longer bears great importance for the Russian leadership, especially after the Syrian presidential election. Specifically, President Putin made political implications to his Syrian counterpart by congratulating Assad on his “deserved” victory in the presidential elections.