The escalation in Idleb is synonymous with the inability of Turkey to implement its agreement with Russia, and might escalate into a military campaign, according to Athr Press. 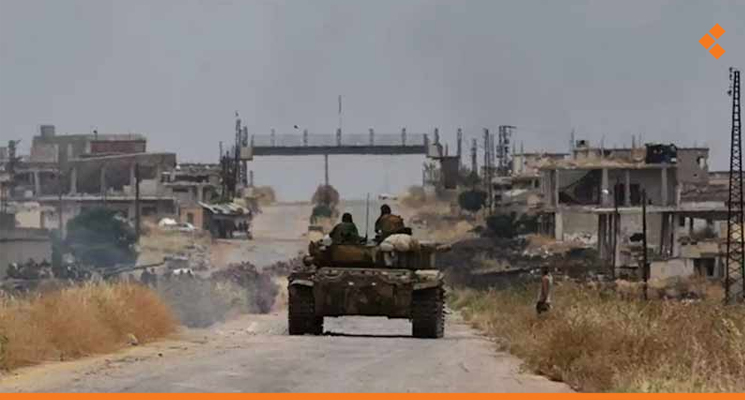 Rural Idleb has returned to the frontline over the past few days after an unusual escalation by armed groups deployed in southern and northern areas. Each day, these groups are trying to bring reinforcements to areas close to the Syrian army’s points.

A military source confirmed to an Athr Press reporter in Idleb that the airstrikes, which returned intensively to the areas of Jabal al-Zawiya and areas north and northwest of Idleb, come within a target zone that had been identified earlier by Russian reconnaissance planes. These planes are constantly present above rural Idleb.

“We were able to thwart a series of attacks carried out by armed groups without any change to the ground control plan,” the source said.

After these attacks failed, armed groups targeted civilian villages and towns in the northwestern countryside of Hama. These attacks claimed the lives of three civilians, including two children, and seriously injured more than 20 others. On the subject of the ceasefire agreement signed between Russian and Turkish forces, the source confirmed that Ankara has so far failed to control the armed groups. For this reason, the ceasefire agreement does not appeal to the Syrian state or the Russian forces, which began to send clear messages to Turkish forces that the field situation will not remain the same in rural Idleb.

These messages also made clear that the threat of militants must be eradicated from civilian areas, which Turkey has not been able to achieve by political means. As a result, the Idleb countryside could erupt into intense military conflict at any moment.

On the ground, Syrian army units have increased their readiness in the areas of engagement with militants, showing their preparedness for any emergency that may emerge in these areas from time to time.