The Arab pipeline is ready to transmit gas from Egypt to Lebanon through Syria, which will receive a share of the gas in return, according to SANA. 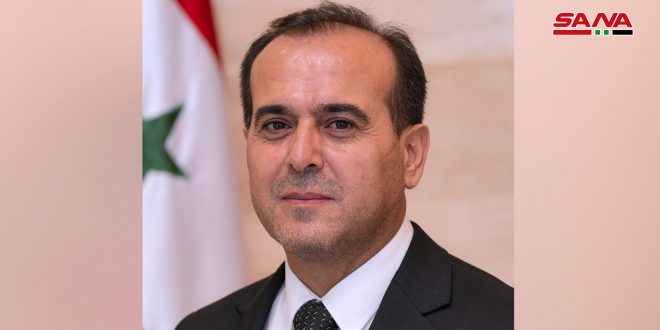 Minister of Petroleum and Mineral Resources, Bassam Touma, affirmed that the Arab gas pipeline is ready inside Syria to transport Egyptian gas to Lebanon, and Syria will get quantities of gas in exchange for the pipeline passing through Syrian territories upon the signed agreements.

Touma said in a statement to SANA that the Arab gas pipeline inside the Syrian territories is ready to transport gas, as maintenance operations were conducted to it because it was targeted by acts of terrorism.

According to the Minister, the length of the Arab Gas pipeline is 320 km from the Jordanian borders into al-Rayan in central Syria, with a diameter of 36 inches and a capacity of 10 billion cubic meters per year. “The pipeline which goes into Lebanon from al-Rayan to Dabousya is 65 km in length, with a 24-inch diameter, and 36 km inside the Lebanese territories into the Deir Ammar station,” the Minister added.

Touma noted that Syria will benefit from reactivating the gas pipeline by getting on quantities from the material to support generating the electric power, noting that the Lebanese side requested 600 million cubic meters of gas per year, i.e. an average of 1.6 million cubic meters per day.