The International Federation of Arab Trade Unions elected Jamal al-Qadiri as the Federation’s secretary-general for the next five years, according to al-Watan. 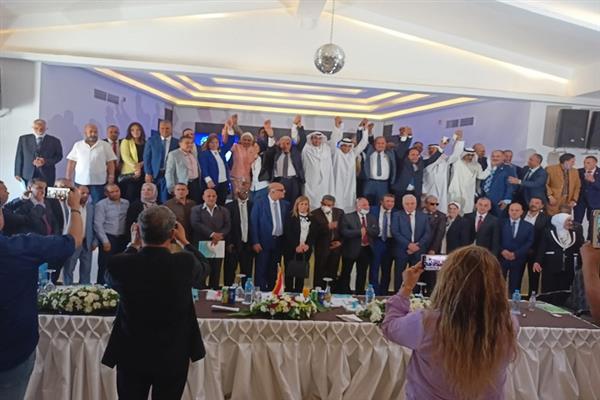 The 14th General Conference of the Union finished yesterday, in the Egyptian city of Hurghada. The Syrian delegation played a leading role, alongside delegations from various Arab trade union organizations, as well as representatives of Arab and international organizations.

Read Also: Lawyers to be Allowed to Travel, in Return for Departure Fee in Foreign Currency

In a statement to Al-Watan, Al-Qadiri explained the importance of holding the conference in these exceptional circumstances, at various levels. He stressed the importance of strengthening the historical role played by the International Federation of Arab Trade Unions.

In the conference’s final statement, Al-Qadiri stressed that the Federation condemned terrorism, including economic terrorism, and its condemnation of it. According to al-Qadiri, economic terrorism is represented by the economic blockade and unjust sanctions imposed by major powers in order to achieve their agenda.

The conference also decided to move the headquarters of the International Federation of Arab Trade Unions to Damascus and decided not to devote themselves to the new union leaders in order to “facilitate” work.