Opposition meets German diplomat, fighting between Turkish-backed groups and the SDF, and a warning from the UN special envoy for Syria. Catch up on everything that happened over the weekend. 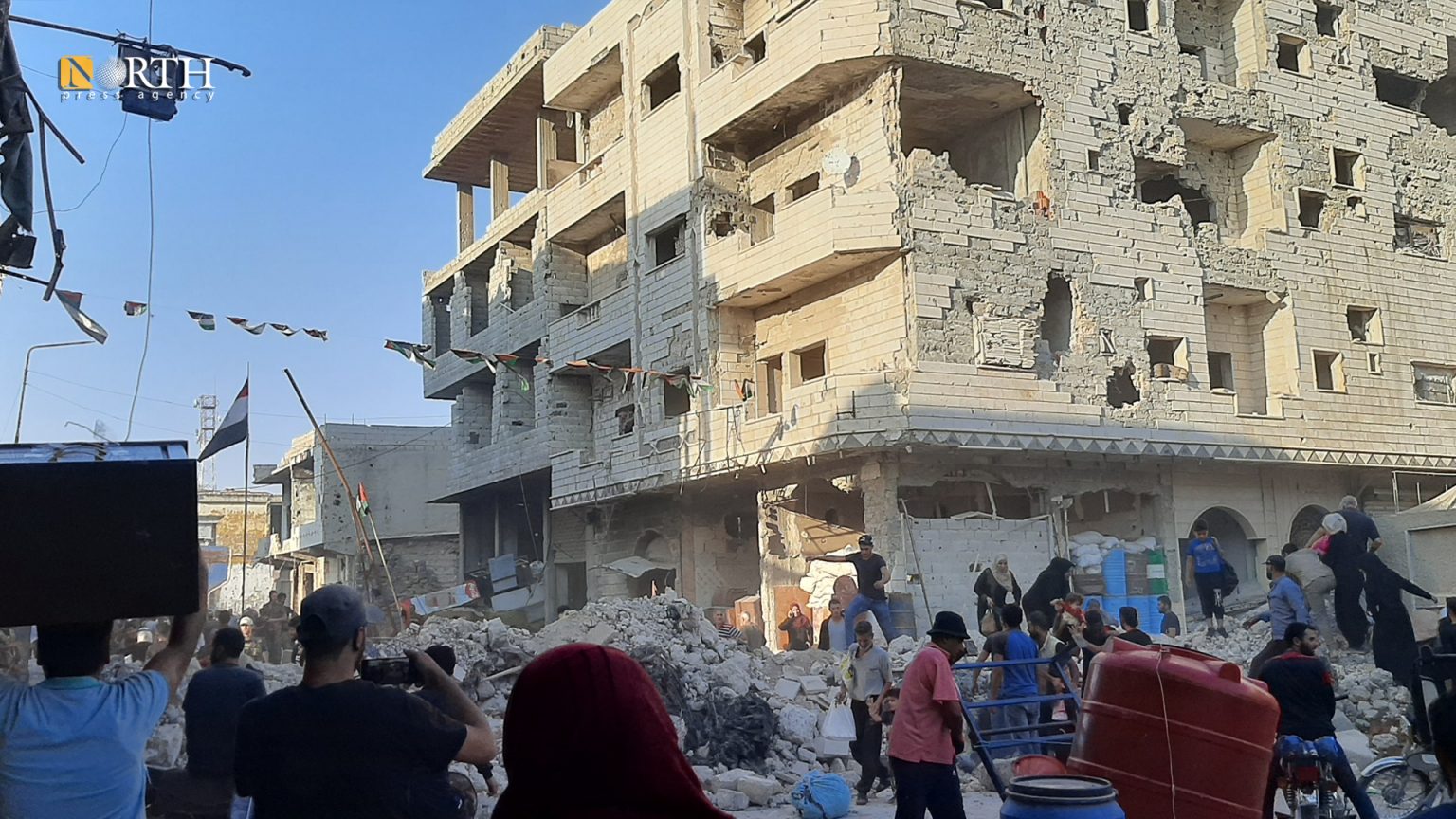 President of the Syrian Opposition Coalition (SOC), Salem al-Meslet, met with Germany’s ambassador to Turkey, Jürgen Schulz, and his accompanying delegation. The two sides, according to the SOC website, discussed the latest on the ground and political developments in Syria, especially the crimes being committed by the Assad regime and its backers against civilians in the Daraa province and northwestern Syria. Schulz stressed that the protection of civilians must be a top priority as he underscored the need to stop the bombing of populated areas and advance a political solution.

Two Turkish-backed rebels were killed Friday as fresh clashes renewed with Kurdish forces in the northwestern Hassakeh province amid a local wave of displacement, activists told Zaman al-Wasl. The YPG-led Syrian Democratic Forces launched an attack on the bastions of the National Army stationed between Tel Tamar and Abu al-Rasayn villages.

The U.S, forces Saturday carried out an airdrop in the Mahemeidah village in Deir-ez-Zor’s western countryside, kidnaping a civilian and destroying his house. Local sources told SANA that a U.S. occupation infantry force unit made an airdrop through four helicopters in the Mahemeidah village. The U.S. occupation forces have repeatedly carried out airdrops to remove their agents belonging to the Daesh terrorist organization.

President Assad sent a cable of condolence and solidarity to President Abdelmadjid Tebboune and the brotherly people of Algeria over the victims of huge fires that erupted in several regions of the country during the past few days, asking God to preserve and protect Algeria, SANA reported. “We feel pain over the disastrous incident that affected brotherly Algeria because of the fires that erupted in the state of Tizi Ouzou and claimed the lives of many victims of civilians and soldiers… and we, in the Syrian Arab Republic, share with you the feelings of sorrow and pain,” President Assad said in the cable.

The UN special envoy for Syria on Thursday voiced his growing concern at increased hostilities in the south of the country and warned of the alarming shortages faced by civilians. According to al-Araby al-Jadeed, Geir Pedersen reiterated his call for an immediate end to the violence and urged all parties to uphold the principle of protecting civilians. “Increased hostilities, which have included heavy shelling and intensified ground clashes, have resulted in civilian casualties, as well as damage to civilian infrastructures,” his office said in a statement. “Thousands of civilians have been forced to flee Daraa al-Balad. Civilians are suffering from acute shortages of fuel, cooking gas, water, and bread. Medical assistance is in short supply to treat the injured. “The situation is alarming.”