The leadership of the opposition coalition met with several military commanders, as well as with local tribesmen and provincial councils, according to the Syrian Opposition Coalition. 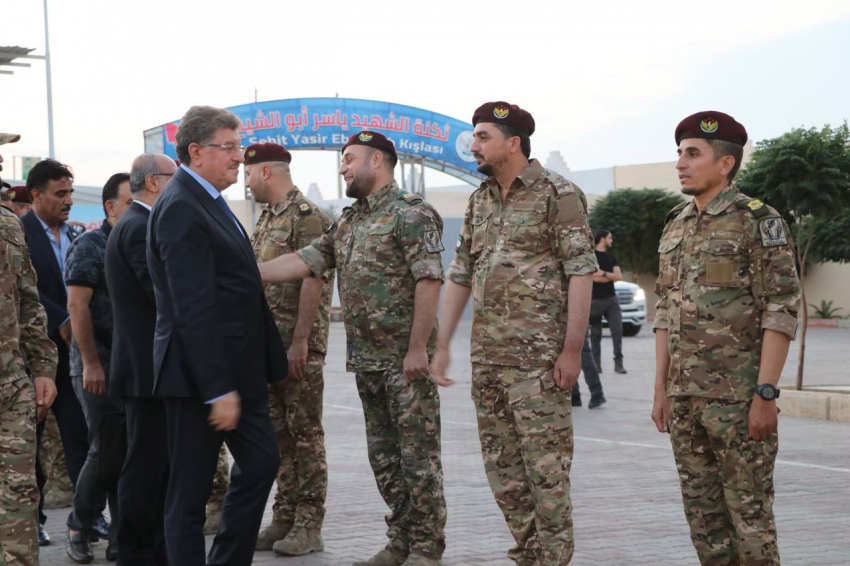 Moreover, he stressed that continued cooperation and coordination serve the interests of the revolution and the Syrian people by achieving their demands for freedom, dignity, and democracy.

He pointed out that the SOC is closely following the situation in Daraa with the States that sponsored the agreement signed in the province two years ago.

Read Also: Who is Salem al-Meslet: Head of the Syrian Opposition Coalition

The leader of the opposition coalition thanked the commanders and members of the Syrian National Army, the Military Police, and the Military Judiciary, stressing that they are symbols of dignity as they are making tremendous sacrifices to defend the Syrian people.

Meslet also visited the Syrian Tribal Council accompanied by the Head of the Syrian Interim Government (SIG), Abdulrahman Mustafa, and members of the political committee and the General Assembly.

He expressed hope that the unity of the Syrian tribes will be a nucleus for the unity of all Syrians in order to achieve the aspirations of the Syrian people for freedom, dignity, and democracy. He stressed the need for every Syrian to spare no effort to serve this great revolution and achieve its demands, adding: “All of us are in the service of the revolution and the Syrian people. We will gain more esteem by serving our people.”

Moreover, Meslet, and the Head of the Syrian Interim Government (SIG), Abdurrahman Mustafa, met with heads of provincial councils at SIG’s headquarters in the town of Kafar Jannah in rural Aleppo.

In attendance were also the Minister of Local Administration and Services, SOC’s Vice-president Ruba Habboush, and members of the political committee and General Assembly.

Meslet was briefed on the work of the Ministry of Local Administration, the work of provincial councils, the projects that have been implemented, and preparations for future projects.