A political scientist with ties to gulf countries and Syrian tribes: Who is Salem al-Meslet, the new head of the Syrian Opposition Coalition? 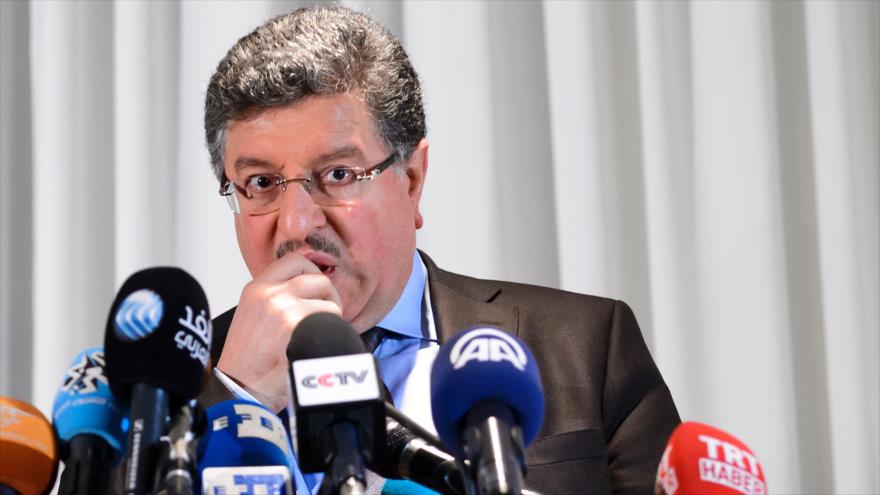 The Syrian opposition coalition elected Salem al-Meslet as its new head, who sparked both optimistic and pessimistic reactions.

Born in Hassakeh in 1958, al-Meslet is a sheikh of the al-Jubour tribe, which is spread throughout Syria and Iraq. He is the chairman of the Syrian Council of Tribes and Clans and a member of the Executive Office of the Syrian National Council. Meslet is also a Gulf researcher at the Gulf Research Center in Dubai, who holds a master’s degree in political science from the United States.

Meslet has participated in Syrian opposition institutions, starting with the National Council. He eventually rose to become a spokesman for the High Negotiations Commission, which was headed by Riad Hijab, and leaked Saudi documents exposed his close ties to Saudi Arabia. Of course, Meslet’s closeness to Saudi Arabia could relate to a specific period, especially since the coalition headquarters these days are located in Turkey. Differences exist between Ankara and Riyadh on the Syrian issue in general.

Meslet holds a master’s degree in political science from the United States, where he lived for a long time during his studies from 1978 to 1985. After completing his studies and returning from the United States, Meslet worked from 1985 to 1998 for Ikhwan Trading Company and Sakr Holding Group in Saudi Arabia. Meslet then moved to work as a Gulf researcher at the Gulf Research Center in Dubai, UAE, and became the center’s director-general from 1998 to 2011, when the Syrian revolution started.

The role of clans

“The loyalty of the clans to Syria is greater than that of the tribes. We are pursuing a national agenda, not a tribal one; nevertheless, what we benefit from the clan is the large bloc that must be recognized to serve the revolution,” said Meslet in one meeting. “The three provinces with significant tribal influence — Raqqa, Deir-ez-Zor, and Hassakeh — are all occupied by SDF gangs, who recruit clans to carry out their agendas. This is unfortunate,” Meslet added.

“Clans alone cannot fight countries, especially since Iran, Russia, and others are present in Syria. This struggle requires efforts beyond the capacity of tribes, and even the Syrian people, to get rid of the regime,” he said.

Last month, the General Conference of the Council of Syrian Tribes and Clans was held in the northern Syrian city of A’zaz in the presence of representatives of Turkmen and Kurds. Other participants in the conference included Interim Syrian Prime Minister Abdulrahman Mustafa, head of the National Coalition of Revolutionary and Opposition Forces Nasr al-Hariri, and Salem al-Meslet. He called on the conference to evict both Kurdish and Iranian organizations from Syria and called on the United States to stop supporting the Democratic Union Party, which turns that support against citizens living in the eastern Syrian areas under its control.

In January 2016, following the Syrian revolution, opposition sites revealed that Meslet — who appeared before cameras in the Swiss city of Geneva as a spokesman for opposition forces — had been issued with four arrest warrants by the Assad regime’s intelligence services. These warrants were issued after the revolution, between 2011 and 2014.

On July 11, 2015, WikiLeaks documents disclosed a wire from Saudi Foreign Minister Saud al-Faisal to the head of the Royal Court and the King’s private secretary, dated April 26, 2012. The wire stated: “The Deputy Foreign Minister received Salem Abdul Aziz al-Meslet, son of the sheikh of the Jubour tribe and a member of the Syrian Council of Tribes and Clans.”

“The situation in Syria is getting worse, and they have not reached a consensus with the Syrian National Council,” Faisal quoted Meslet as saying. Faisal added: “The Free Syrian Army is not as it is portrayed. Turkey may try to support and build the army for its own agenda, without paying attention to building internal forces in Syria that can be more effective in achieving the revolution’s goals.” Faisal recommended “helping tribes, provided they join the National Assembly. Their influence will be stronger in this case, especially since the Kingdom’s policy assumes that the regime will change.” After Faisal’s recommendation, Meslet joined the opposition coalition when it was established in November 2012. He then became the coalition’s vice president at the time, according to reports.

The Syrian opposition is known for executing one of his clan’s members, Nebras al-Meslet, for delivering a poem praising the Assad regime at a presidential election event in Damascus.

The new president is reaching out to everyone

Shortly after his election, Meslet announced that he was reaching out to all political forces, under the slogan “Unity of action amongst the Syrian people.” “We look at our work at this stage from two perspectives. First, we must adhere to the principles of the revolution; second, we must account for geopolitical realities and changes, as the world in which we live is moving,” he said. “We will therefore take a new step to place the revolution once more in the sovereignty of the Syrian people. At present, the revolution’s most important slogans relate to unity,” he said. He stressed that the coalition will cooperate with everyone, and reach out to all political forces. Ideally, this approach will contribute to victory and forming a civil and democratic state, which defends the rights of all.