Meslet meets with western officials, the fate of cross-border aid questioned again, and negotiations in Daraa. Catch up on everything that happened over the weekend. 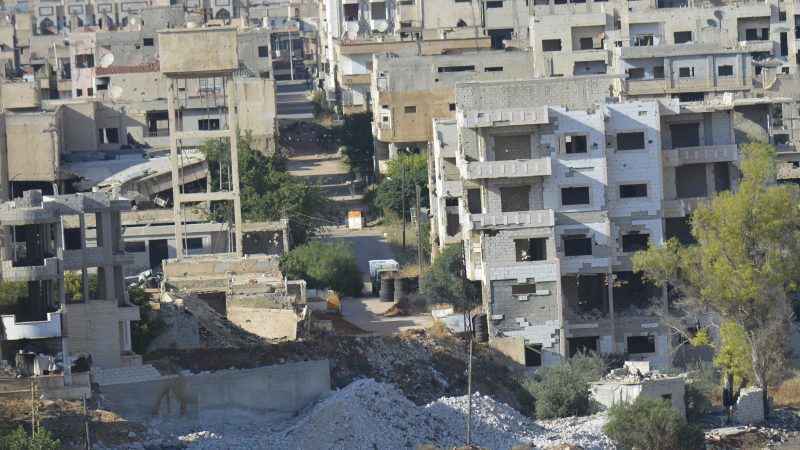 In his first encounter with journalists since the vote took place, the charge d’affaires of the Russian Federation at the UN, Dmitry Polianskiy, quickly debunked the American interpretation about the automatic renewal of the cross-border aid mechanism, and the media reports that adopted it. According to Saudi Arab News, “this is not the case,” Polianskiy said. “Whether or not the mechanism will be prolonged for another half year, like what the ambassador said, depends on how transparent the secretary-general’s report will be. There are a lot of conditions in the text of the resolution. It is very significantly beefed up with a lot of things that the security council and the international community are supposed to do in the run-up to this possible prolongation in six months. So, there is no automatism in this part.”

The Syrian Democratic Council (SDC) condemned the government’s use of excessive force against unarmed civilians in southern Syria, warning of the escalation, which it described as dangerous in the city of Daraa. In a statement, published by North Press, the SDC called on Russia to play its role as a guarantor of the fate of civilians there. It also called on the international community and the United Nations to put pressure and urgently intervene to stop the Syrian civil war. The city of Daraa is witnessing “attempts to impose authority after the settlement and reconciliation agreements that took place in the governorates of Daraa and Quneitra under the Russian Federation’s auspices and guarantees,” the statement stated.

Ceasefire negotiations have started in Syria’s southern province of Daraa after the deadliest flareup in three years killed 28 people, including 11 civilians, a war monitor has said. On Friday, the two sides exchanged tit-for-tat machine gunfire but refrained from escalating attacks following talks to stop the fighting, the Syrian Observatory for Human Rights said. The negotiations between the Syrian army, security officials, and a committee of Daraa residents formed in the wake of the clashes, came under pressure from Russia and it remains to be seen whether a ceasefire deal was reached, the monitor said.