After the regime attempted to raid neighborhoods in Daraa al-Balad, a rebel movement has emerged in the city in solidarity with the besieged region, according to Baladi News. 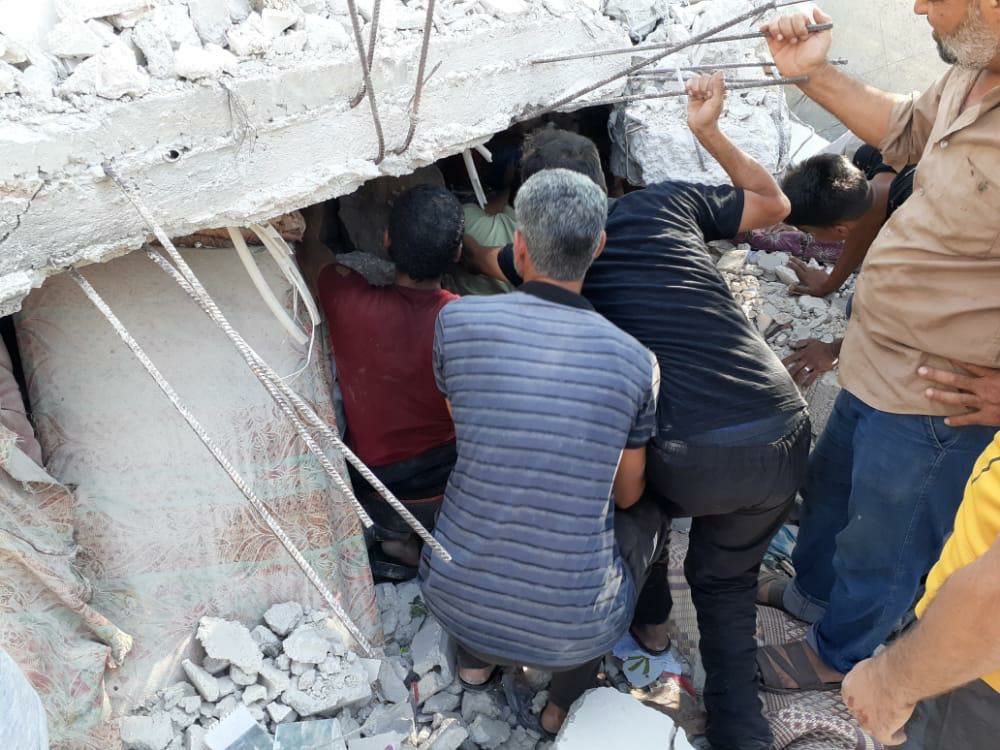 The cities and towns of Daraa were the scenes of a rebel and armed movement in support of the Daraa al-Balad neighborhoods against regime forces, which are trying to enter the neighborhoods.

According to a Baladi news correspondent, the 4th Division militias, led by Maher al-Assad, started storming the besieged Daraa al-Balad neighborhoods from three positions. The correspondent added that heavy artillery shelling accompanied their attempts to force entry, resulting in one civilian’s martyrdom and several other civilians being injured, with no health center to access.

The correspondent added that the city’s only hospital sent a distress call due to the lack of emergency and surgical materials. The hospital asked the people of the city to donate blood. The correspondent indicated that regime forces had used mortars to shell the road connecting the towns of Yadouda and al-Muzayrib in the western countryside of Daraa, while also targeting the town’s outskirts with four surface-to-surface missiles.

Assad’s forces stepped up their shelling of the town of Yadouda in the western countryside of Daraa, killing six people — including women and children. This was the deadliest escalation since the settlement agreement was concluded [in Daraa] in 2018.

According to a local news network, Assad’s forces targeted the town with “Phil” surface-to-surface missiles on Thursday, following the solidarity of the town’s residents with the people of Daraa al-Balad, and the attack on regime checkpoints and military positions near the towns of Yadouda.

Activists in Daraa said the shelling of Yadoda had killed six civilians, including a woman and three children, who were trapped under rubble. Another person remains trapped.

The correspondent said that the cities and towns of Daraa witnessed a rebel movement in support of Daraa al-Balad. The residents of the town of Sidon took control of the military security detachment and the checkpoint at Sidon hospital, after clashes with regime forces there. They also captured regime soldiers in those two positions.

In northern Syria, on Thursday the Organization of Syria Response Coordinators Thursday condemned the regime forces and Iranian militias for their unprecedented and unjust siege of the people of Daraa al-Balad.

In a statement, the response coordinators expressed concern about the ongoing siege, which has created a serious humanitarian situation. This could cause a humanitarian disaster in light of the severe decrease in all humanitarian needs for food, medicines, and medical supplies, as well as the disruption of service and essential facilities in the region.

The organization pointed out that besieging civilians is a crime against humanity and a flagrant violation of human rights and international conventions and treaties. It, therefore, called on all actors involved in Syria to take all effective and urgent measures to lift the siege on civilians and deliver humanitarian assistance to the region’s people.

In a statement to Athr Press (a pro-regime website), sources following the Daraa city negotiations said that the fourth round of negotiations ended late last night, with few outcomes. The Syrian state is insisting on the full entry of army units and the installation of military barriers, to the extent determined by military leadership, to ensure security and peace.

The [Daraa] Central Committee, which represents the militants, insisted on establishing just three checkpoints inside the Daraa al-Balad neighborhoods, Tariq al-Sadd, and the [Daraa] camp.

As the agreement’s terms spread via leaks to Syrian media, the Central Committee commented on the agreement through its member, Adnan al-Salameh. He advocated the cause of displaced people, referring to the agreement’s eighth provision, which provides for the evacuation of families from Daraa al-Balad. Salameh said: “We number 50,000 and we all want to get out!” To embarrass the Syrian state.

It should be noted that army units re-excavated the dirt mounds at all entrances to the area after they were targeted with sniper fire, injuring several soldiers. This occurred while they tried to implement the agreement and settle the case of soldiers and those who had failed to serve in the military.