Hussein Arnous was tasked with forming the new government of Syria, a task that seems to be governed by the recycling of sovereign portfolios and the purchase of some others, according to North Press. 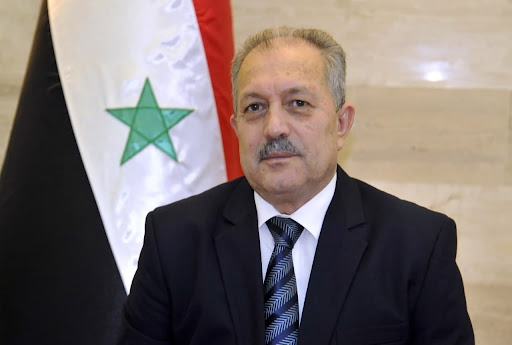 As expected, President Bashar al-Assad tasked caretaker Prime Minister Hussein Arnous with forming the new government of Syria. This was issued in a decree that many saw as another challenge for Syrians who, although they do not have hope much from any new government, did not forget the severe impact of Arnous’ previous government policies.

According to leaked information by North Press, Assad has met with Prime Minister-designate Hussein Arnous more than once, informing him of his intention to reappoint him to head the new government.

An anonymous source told North Press that the presidential palace’s approach is to recycle previous ministries, under the pretext of giving them the opportunity and time to implement their plans and promises made a year ago. Accordingly, more than half of the ministers will keep their portfolios, particularly “sovereign” and essential ministries, the source added.

The formation of any new government is preceded by marketing and public relations campaigns by current ministers or those aspiring for a position in the new government.

According to a source familiar with these preparations, previous ministers are trying to attract support from the leading figures in the security services or influential figures in the presidential palace. These include Minister of State for Presidential Affairs Mansour Azzam, Assad’s advisers Luna al-Shibl and Lina Kanaya. And then there is Asma al-Assad, the most important figure in the presidential palace, who retains a casting vote in any new government formation.

According to the source: “There are several mediators, including members of the People’s Assembly, who began to play politicking roles for this or that candidate after the presidential elections. The mediators capitalized on their connections and influence.” The source stresses that “the money spent on the purchase of cabinet positions would be enough to solve many of the economic crises suffered by Syrians — let alone the money spent to enter both the People’s Assembly and the ministries. ”

Hussein Arnous, 68, and tasked with forming the new government, comes from the town of Maarat al-Numan in the Idleb governorate, northwest Syria. He graduated from the Faculty of Civil Engineering at Aleppo University in 1978.

He held several positions in government institutions. He was also the Governor of Deir-ez-Zor (in the east) and then al-Qunaitra (in the south). He was handed the Ministry of Public Works in 2013 and then the Ministry of Water Resources in 2018.

In August 2020, Assad appointed Arnous, the former Minister of water resources, to form a new government. This development came after he was temporarily assigned as Prime Minister in June 2020, replacing Imad Khamis, who was relieved of his post.

Arnous is the target of sanctions by the United States and the European Union on Syria.