Local sources circulated a video showing clashes between Russian and U.S. patrol agents in the countryside of Hassakeh, according to SY-24. 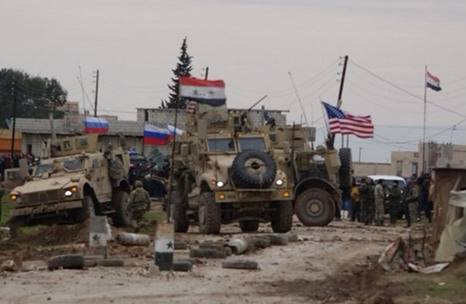 Local sources circulated a video showing clashes of hands between Russian and U.S. patrol agents in the countryside of Hassakeh in eastern Syria.

According to the sources, U.S. armored vehicles blocked a patrol of Russian forces between the villages of Batrzan and Derni in the Hasaka countryside.

She noted that the dispute in Hassakeh had developed into clashes between Russian and U.S. soldiers, without any information on casualties or injuries between the two parties.

The incident provoked sarcastic reactions on social media from Syrians, who said the eastern region has frequently experienced differences between Russian and U.S. forces.

These differences are due to a desire to penetrate east of the Euphrates, as it is a strategic area with a large number of oil and gas wells.