Russia has unveiled plans to open a Naval School in the Syrian port of Tartous, as part of its plans to consolidate influence in Syria, according to North Press. 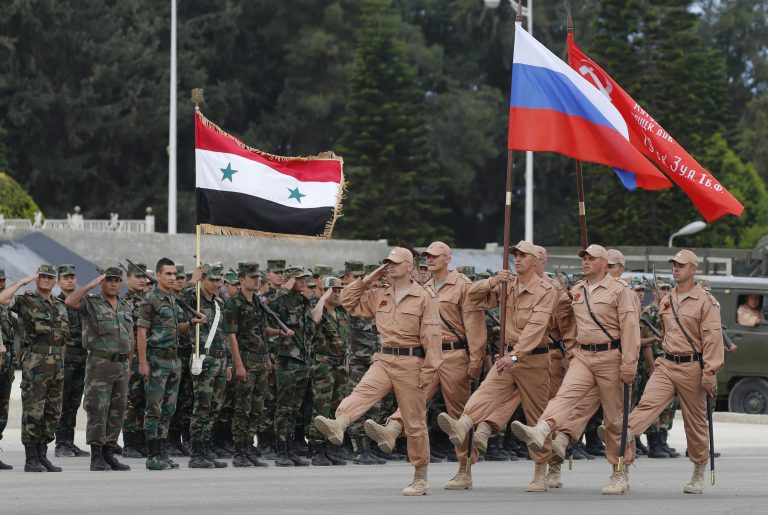 On Sunday, the Syrian port of Tartous witnessed large-scale exercises in preparation for a military parade celebrating the Russian Navy, as Russia prepares to open a naval school in the coastal city.

Since its military intervention in Syria in September 2015, Russia has taken successive steps to consolidate its presence in Syria as it seeks to establish its interests militarily, economically, socially, and culturally in the country.

On Sunday, submarines, and warships of the Russian fleet, in addition to units of the Syrian Navy, participated in the celebration.

The exercises coincided with the Russian Navy’s announcement of the opening of a branch of the Russian Nakhimov Naval School in Tartous. The opening of the Naval School in Tartous comes as Russia seeks to “increase its dominance and consolidate its presence in the strategic region.” It is still unclear how the school will be set up and where its students will come from.

On Saturday, the Russian Defense Ministry said that Russia plans to deliver more than 160 tons of humanitarian aid to Syria, in addition to signing ten agreements between the two countries’ agencies, during the next week.

These steps come within the framework of the Russian-Chinese-Iranian competition to take over the Syrian economy.