The Russian Federation has sent around 160 tons of Aid to Syria, directed mostly towards the fight against the Covid pandemic, SANA writes. 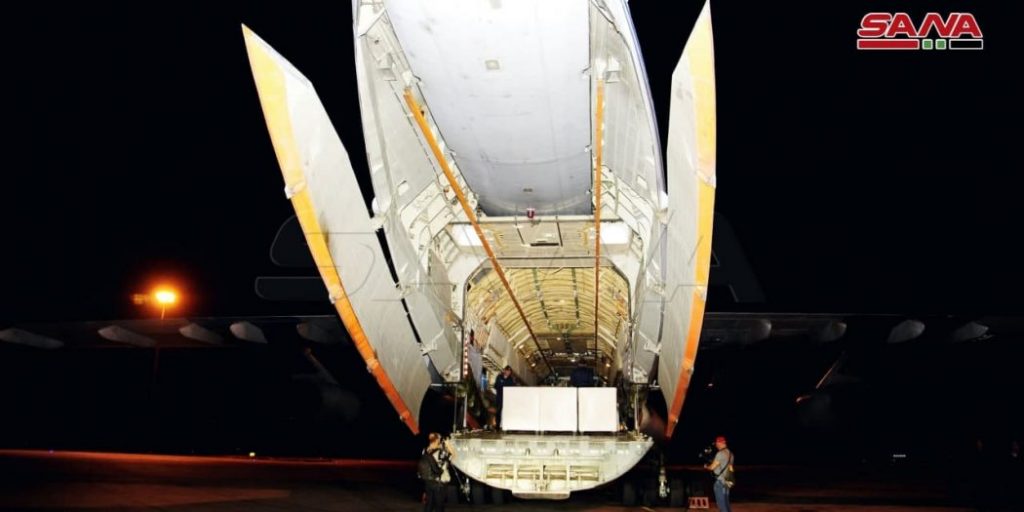 Some 160 tons of aid presented by the Russian Federation to Syria, mostly to help in the fight against the Covid pandemic, arrived on Saturday at the Damascus International Airport.

A SANA reporter said that the Russian aid to Syria includes 250,000 doses of the “Sputnik Lite” vaccine and medical supplies to perform laboratory testing to detect the Covid (PCR kits), enough for one million tests.

In a speech at the assistance delivery ceremony, the Head of the National Center for Defense of the Russian Federation, Major General Mikhail Mezentsev expressed his country’s continued support to Syria and its people, whom he considered “a reliable ally and strategic partner for Russia in the Middle East.”

Mezentsev added that a Russian ministerial delegation arrived on Saturday in Syria, renewing his country’s support to the efforts of the return of the Syrian displaced to their homes.

He indicated that the main reason behind the difficult economic situation in Syria is the economic measures adopted by Western countries against the Syrian people.

He pointed out that the assistance includes food, health supplies, and school stationery.

For his part, Minister of Local Administration and Environment in the caretaker government Hussein Makhlouf thanked Russia on behalf of the Syrian people for providing humanitarian assistance, asserting that they come as a continuation of the prospects of close cooperation between the two countries in all domains.

In a statement to journalists, Health Minister in the caretaker government Hassan al-Ghabbash said that Russia offered 250,000 doses of Sputnik Lite and a million COVID-19 PCR tests.