While Russia praises the Kurds and asks them to dialogue with the regime, it prevents the flow of aid into Northeast Syria, according to North Press. 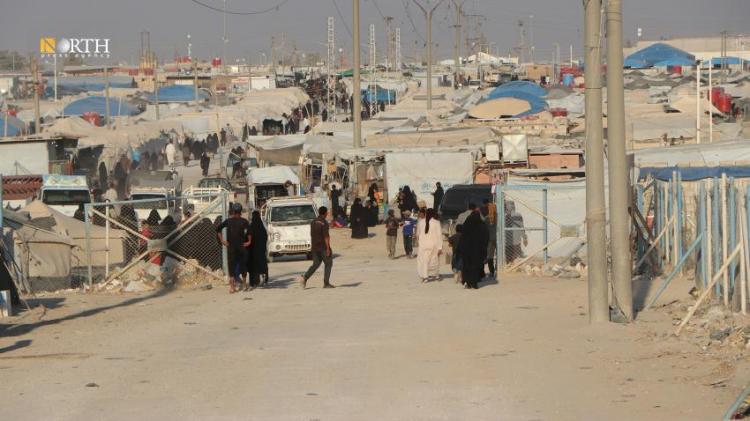 On Friday, the United Nations Security Council issued a decision to extend the mechanism of the entry of humanitarian aid through the Bab al-Hawa border crossing with Turkey into northwest Syria in two stages, each lasting for six months, without adding any other crossings.

A year ago, the Yaroubiyah crossing was closed by the UN Security Council decision after a veto by the Russians and the Chinese, limiting the entry of aid only to Bab al-Hawa on the Turkish-Syrian border.

On Saturday, the Autonomous Administration of North and East Syria (AANES) stated that the opening of the Bab al-Hawa crossing only came after Russian-Turkish pressure on the Security Council.

AANES described the decision as “the punishment of five million people in northeastern Syria, and a clear confirmation that there are parties that are politically exploiting the humanitarian situation in Syria.”

AANES rejected some parties’ approval of the Russian-Turkish measures, especially the U.S, according to a statement posted on the administration’s official Facebook.

A week before the Security Council session, Russian Foreign Minister Sergei Lavrov said that Moscow is ready to help establish contacts between Damascus and the Autonomous Administration.

“Russia has encouraged, since the beginning of the Syrian conflict, direct contact between the Kurds and the Damascus government, to reach agreements on how to coexist together in one state,” Lavrov added.

Denis Korkodinov, a Russian political analyst and head of the International Center for Political Analysis in Moscow, said Russia was finding significant flaws in the 2014 decision to open border crossings.

In response to a question about why Moscow did not allow the opening of Tel Kocher crossing, Korkodinov said that Moscow fears that the pro-Iranian Popular Mobilization Units will benefit from it and thus increase its influence in Syria.

“This will create pressure on the Baghdad government and escalate regional tensions,” according to the Russian analyst.

Walid Joly, a researcher at the Qamishli-based Euphrates Center for Studies, said that “Washington did not give the issue of crossings and food security the same importance it gave to terrorism, because it isn’t related to its national security.”

“Washington’s raising of the crossing issue had political goals concerning its relationship with Moscow and Ankara regarding Syria,” Joly added.

Many observers described the Security Council session as the first serious test of the administration of current president Joe Biden regarding Syria.

Walid Joly blames the United States for “giving priority to the Bab al-Hawa crossing, and for not using maximum pressure on Russia regarding Tel Kocher crossing, and accepted this amendment as a current compromise with Russia even though these policies would increase the food crisis in northeast Syria.

On Saturday, the Autonomous Administration said that its areas contain more than 15 camps and more than one million IDPs.

Korkodinov went on to say that Moscow’s deprivation of more than 5 million people of humanitarian aid, amid the spread of coronavirus and Caesar Act sanctions, clearly shows the superiority of political interests over the requirements of human security.

Read Also: Special Envoy of the Russian President to Syria Calls of Kurds to Dialogue with Damascus

Joly linked the recent Russian statements regarding the Syrian Kurds and the issue of the crossings, saying, “Moscow believes that the only way to float the regime lies in the activation of a specific formula with the AANES, pushing it to reach an understanding with Damascus, and its insistence not to open the crossing is also a means to achieve those goals.”

Korkodinov talked about two references to the Russian statements, the first of which is to make promises to the Syrian Kurds to preserve their vast rights to self-rule to raise the concern of the United States, which continues to rely on them [the Kurds] to maintain its positions in the north of the country.

“The second indication is that the Kremlin intends to have the option of securing the Kurds in case Turkey starts to play dishonestly.”