Syria's foreign ministry welcomed the UN Security Council vote on the extension of cross-border aid as a victory for Syria, as he says it defeated the aspirations of the West, SANA reports. 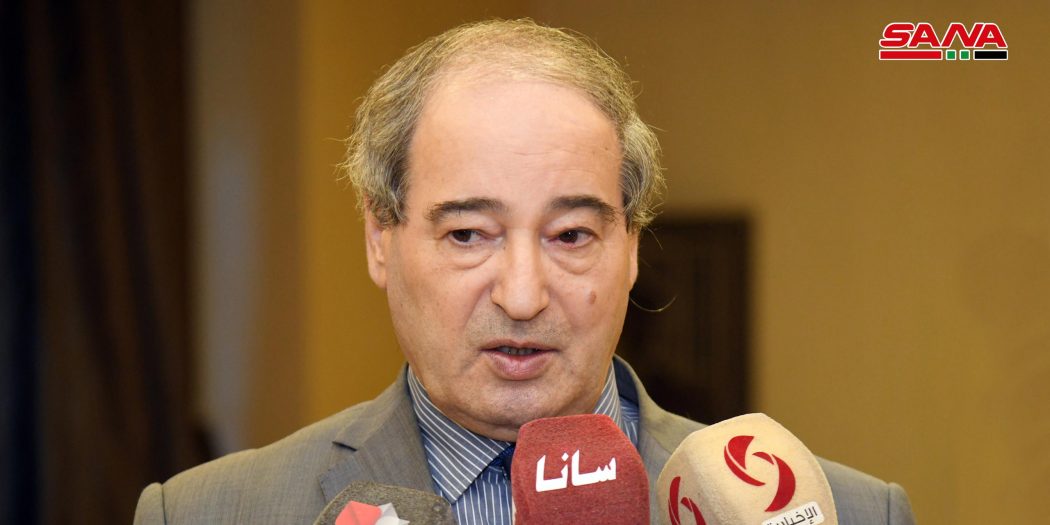 Foreign and Expatriates Minister Faisal Mekdad hailed that adopting resolution 2585 that extended entry of humanitarian aid through border crossings in its current form as an achievement, as it included what Western countries refused to include and stressed the delivery of humanitarian aid must be from inside of Syria and not only from the crossings.

Mekdad’s remarks came in a statement to journalists on Saturday.

Mekdad said that the resolution renewed the United Nations’ strong faith in the territorial integrity of Syria, against the wishes of the Turkish regime and the United States, which supports the separatist groups in northern Syria.

It also means that the militants and terrorists have been besieged, as the resolution stressed in all its paragraphs on the need to provide all possible assistance to Syria, especially from inside Syria.

Read Also: New UN Proposal: Aid to Syria Through One Crossing From Turkey

The UN resolution means that external crossings are no longer the main tool the West relies on to deliver aid to Syria. Rather, the interior of Syria has become the base, Mekdad said.

He pointed out that the Western countries wanted to reopen the other three crossings, but they only managed to open half of one crossing, which is the Bab al-Hawa border crossing, for only six months instead of a year.

The resolution also means that the Syrian state must know everything which enters the country and where food items and humanitarian supplies are going, and thus it would be difficult for the western countries to pass weapons to terrorists, Mekdad noted.

On Friday, the Security Council had unanimously adopted a resolution on extending “cross-border aid delivery operation” for an extra six months.

Ankara (al-Araby al-Jadeed) welcomed the UN Security Council’s extension on Friday of aid activity at the only border crossing from Turkey through which “essential” humanitarian relief reaches a rebel-held region of Syria.

“UN aid sent through our border gate is essential for the continuation of an effective response to the humanitarian crisis in Syria, and regional stability and security,” the Turkish foreign ministry said.

“For this reason, we welcome the extension of the UN cross-border humanitarian aid mechanism operating through our country to meet the needs of the Syrian people,” it added.

Amnesty International (al-Araby al-Jadeed) criticized the United Nations Security Council’s decision to extend the provision of humanitarian aid to Syria via a crossing point on the Turkish border for six months, describing it as a “compromise” which “falls short of humanitarian needs”.

“This compromise resolution is once again an example of Russia ignoring the humanitarian needs of Syrians, and instead, playing political games with the lives and welfare of millions of people,” she said on Friday.